Ambit and Safex - a good match?

I spoke to a few Ambit reps in the U.S. and Canada about the idea of allowing their customers to make payments using cryptocurrency - Safex!

Should I make it happen?

This is a billion dollar business.

I am not totally sold on the idea but if enough people think it would make sense I will make it happen.

The problem here is that Ambit has a bit of a reputation (google Ambit),and this could spill over to Safex… so that’s why I need outside opinions. I am really on the fence with this one.

If this makes sense to you all then it will 100% happen.

Ambit Energy could also possibly benefit from taking advantage of the new affiliate marketing program soon to be offered by Dan Dabek and his team.

Hopefully other community members will share their thoughts on your idea FPEGroupLTD.

One thought that occurred to me would be which coin should eventually be promoted in this way. Once the marketplace is launched and running, would it make more sense to promote the marketplace coin (i.e., Chille), Safex, or both for these types of transactions?

Once dividends are being paid out, wouldn’t most people want to horde as many Safex Coins as possible?
Owning Safex will be akin to ownership in a company and just too valuable to part with!

As an investor I welcome anyone who wants to use the platform. The more the merrier.

More than that though, I appreciate what you’re doing personally, @FPEGroupLTD. Having a big user to buy into and help drive the project is huge. I’m a firm believer that getting your “people” into it so early is going to greatly pay off for everyone involved.

The biggest challenge in terms of crypto-currency and decentralized trade platforms is ease-of-use. This is the main reason I’ve chosen Safex over other alternatives out there. Even OpenBazaar 2.0’s usability is shaky at best. Granted, I have a lot of professional experience with UI/UX, so my opinion may be biased in terms of what is important. In my opinion though, making all these very complicated concepts easy to use (as well as “shiny”) will go a long way.

Looking at the ambit website… one way to integrate Safex payments would be through their own payment Gateway. They will have to speak to the Safex team about that.

The only thing I can do right now is generate interest and direct them to the Safex team for implementation.

Yeah I’m all for it, sounds great to get as many people involved as early as we can. Loving your community input also, you’ll need your own personal weekly update for the community soon haha

I would approve having this implemented if at all possible. The more work that gets out about Safex the better and the more real world use the more likely others will follow in use and invest.

@FPEGroupLTD you are a true soldier my friend. The heart you are putting into this is amazing

Ya I think its the chilli coin you would want people to use, not sure but thinking safex is more of a share holder then a payment coin.

Thanks everyone for the replies!

I will meet local management in 2.5 hours, I will let you know how it all went

So I went to their office this morning. 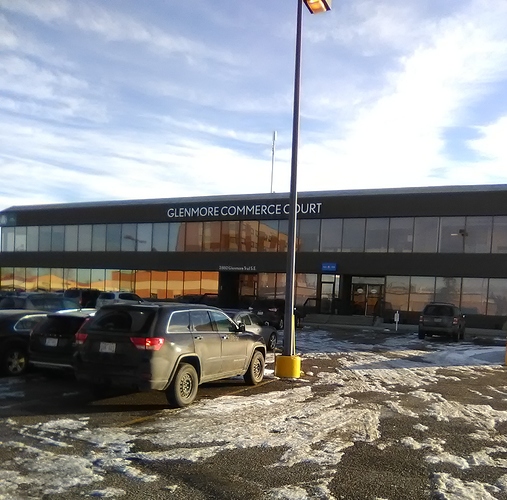 It’s really unfortunate, but I do not think Ambit and Safex are a good match.

During my meeting all kinds of red flags went off (reputational risk). Things that could really harm the Safex Brand.

So I won’t go ahead and put them in touch with the Safex team - for the sake of all you investors on the forum.

It’s really too bad - I really wanted this to work

I don’t really see Safex as a payment processor, there’s other cyrptos like Ripple, Stellar, etc. that are more geared towards that. But thanks for taking initiative on helping Safex grow!