Cryptopia - high fee than my balance!

So basically Cryptopia let me trade Safex took my money, even though the wallet was ALREADY locked and now I’m being told I don’t own enough of the coin as it amounts to less than there charge which (by the way is Around £47 pounds).

Anyone got a suggestions here as to how i can get this back or should I just write it off?

I know its not a large amount but its money and the principal means more to me! 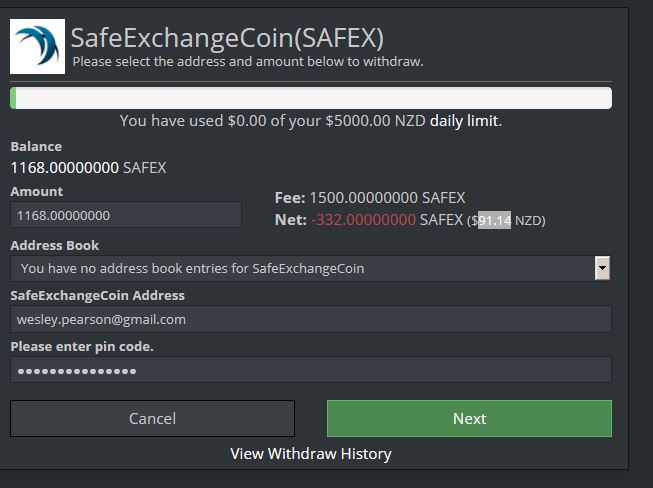 You can’t take it out, the fee is 1500 safex and it’s statements like that which got us delisted! The reason they charge so much is in the FAQ for safex. It’s not ideal for safex holders and traders, but it’s their business.

FYI if you can’t find the FAQ.

r/safex - SAFEX FAQ: Some clarity for frequent community questions from the...

Please do research before asking a question, 100 others have asked before you.

Probably inside transfers are free? Sell it to someone who still has more safex on exchange off the books.

Sent you a PM

It is ridiculous to say that statements like that got safex de-listed!
Do you honestly believe that yourself?
Poor guy bought Safex and now he can’t move it out of the exchange. He is just airing a genuine concern.

While the fee on cryptopia is really high you should honestly check trading and transaction fees on an exchange before you transfer your money there. See it as a mistake that you can learn from.

The title of the post was edited, it read something very different attacking cryptopia initially

Good point!
Back in the beginning of November I paid 1 safex to transfer 65000 safex to Bittrex - I was not expecting a 150000% increase in transaction fees.
Then they delist, so you are practically forced to pay the 1500 safex fee. They should have given notice as any professional exchange would do. Communication from their part after collecting 1500 signatures to re-list is missing. Personally I would like to know what is going on, but it seems pointless to open a support-ticket to ask…

I archived a wallet by mistake it had some of my coins in it…how do I get them back…if even possible?

Can’t be bothered to get my Mac to check, but I’m pretty sure there is a tab within the wallet that shows keys that have been archived. Have a look on the main wallet display.

You were right,On the main screen it says Home then Archive,(right above the wallets)Archive takes you to archived wallets,It just looks exactly the same as wallets under it and Archive…well archives them

You can get them back since it’s just archived. I forget how to get there but if you play around with the wallet you should be able to find the option to unarchive very easily. I accidentally archived my wallet once, so I know it can be done.

What’s the point of wihthdrawing 1100 safex coin, it’s worth like $40 at most lol