Did the SEC and the Scammers pop the Cryptocurrency bubble?

After reading this article in the New York Times: 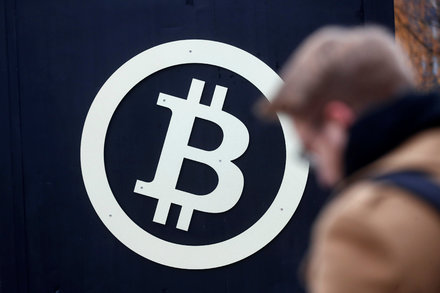 It was fun while it lasted. Cryptocurrencies soared and then they crashed. But true aficionados believe the underlying blockchain still has potential.

I can’t help but remember Warren Buffett’s supposition that, “Cryptocurrency would end badly.”
Maybe he just really wasn’t all that interested in it. Or maybe he recognized it was ripe for abuses.

The article goes on to propose the niche we hope Safex will provide,

“A use case would be a regular consumer’s being able to use a cryptocurrency to do something other than make a speculative investment.”

I don’t think that the SEC intended or intends to destroy the use of cryptocurrencies, but I think they do intend to regulate it, at least as far as doing business in the US is concerned. I think It’s a good thing the SEC exposed the scammers, who I think greatly hurt the success to date of all things cryptocurrency.

How will the SEC regard cryptocurrencies such as Safex in the coming months or years, I don’t know. I think they will want to know about theses types of marketplaces.

Safex is legitimate, but if there’s money to be exchanged for goods and services, the SEC and IRS will take notice. It means that investing in cryptocurrency while living in the USA means any purchase or expense, profit or loss, has to be regarded for tax purposes. It will mean people such as myself can expect to be audited by the Federal Internal Revenue Service and State DRS, which has happened to me although not related to crypto as of yet.

My initial investment in Safex was substantial, but I was careful not to spend more than I could afford. Not knowing much about cryptocurrency I was buying all sorts of coins before I realized the importance of a use case. That’s when I sold everything and put it all into Safex, recognizing it’s potential as an amazon.com of sorts buying market. I’ve since lost money in this venture but I knew going in that it was for the long haul. So no regrets.

What I didn’t expect was the thousands it would cost me in tax preparation fees because I couldn’t figure out my cost basis. I tried several online programs and such, but just could not really figure out the exact times and amounts of said transactions to accurately determine my costs. Neither could my accountants, but they charged me exorbitant research fees.

I’ve asked @dandabek previously to please consider providing a utility with the Safex Wallet to record all said SFT and SFX transactions so that I can provide that information to my accountants for tax consequences. The transactions could still remain anonymous I believe, and I would be able to pay my taxes in good faith.

I can’t even mine for Safex Cash because my accountant has said any and all airdrops or rewards are taxable and I have no way of determining this cost basis. What a shame that I’m not savy like most of you young folk when it comes to engaging in this kind of stuff. I’ve thought about just continuing to use services like eBay and Amazon, but maybe also getting a VPN for when I make purchases. That sort of provides some anonymity.
I thought a decentralized marketplace that offered anonymity like Safex that would reward me for purchases would be a great way to buy the everyday items I need. It wasn’t about getting rich.

Balkaneum and @dandabek have made great progress and have been very honest and dedicated. Others like @Rich.bate have also contributed so much. I have great respect. You mean what you say and others may not appreciate all that is involved. I do!

Once again, please consider this transaction recording request as you continue to build the Safex brand. Just how much the US or any other government wants to regulate or tax cryptocurrency remains to be determined. I think if done responsibly, cryptocurrencies may be viewed more legitimately.

Thank you for your tireless effort!!!