Does Daniel Know Who Is Satoshi?

I just saw Daniel retweeted an article about the true identity of Satoshi Nakamoto.
Does this theory sound possible to you? Looks like there are a lot of clues, but I’m still suspicious. 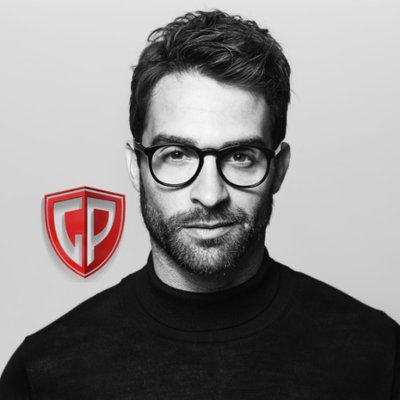 The greatest mystery in the tech world today is not how #bitcoin works, but who created it. I think it's this guy 🡇 What do you think? #crypto #cryptocurrency #btc #ethereum #blockchain #technology #satoshi #nakamoto #creator #bitcoins #altcoins https://t.co/ONTkV19mKc

This is Hal Finney, while he was paralyzed by ALS he wrote code for a Bitcoin wallet using only his eyes. Unfortunately he's not with us anymore, how amazing it would be for him to see how #Bitcoin and #cryptocurrency has evolved since. Thank you for your work, Satoshi. pic.twitter.com/7QwnRiVbQ7
6 Likes
MalagaCrypto August 7, 2018, 10:58pm #2

the question should be: " Does Satoshi Nakamoto know who is Daniel Dabek" …

Even though I read tens of articles on this topic, I think this is one of the best! Also, I have no idea who is this guy Cryptpresso, but he seems to be really knowledgable. I will definitely follow his blog.

Like reading some good detective story. It is evident the author put a lot of time and effort into research.

So you guys are sure that Hal Finney is Satoshi Nakamoto?

I cannot be sure 100% but after I read this blog post it seems to me Hal Finney is Satoshi.

Btw, do you know this blogger? Maybe he can write about Safex?

I don’t know who he is, but there is an option on the blog to contact him for writing, I assume he would write about Safex if asked

Btw, do you know this blogger? Maybe he can write about Safex?

Unfortunately Hal Finney passed away in 2014

Hey @GetGriffin I was thinking of Cryptpresso, not Hal Finney.

Hahahah, it is not Hal definitely. I’ve contacted the blogger and told him about the Safex and this forum, maybe he will join us

daniel is satoshi bro he made up the bs story about buying bitcoins dude is in god mode!

That would be awesome!

I read some articles on that blog, and i like it very much! They have a very interesting topics

hahah it make a sense

What do you think bro?

Thank you @callmemax for contacting me, and thanks to everyone for kind words!
Your community is great, so much support on my twitter account by Safex members.

I personally think Hal Finney was the real Satoshi Nakamoto, and I pointed out to all the clues I gathered over the time. Also, there is a good documentary called “Banking on Bitcoin”, I think you’ve seen it, where the Forbes journalist Andy Greenberg talks about his pursuit of Satoshi.

Also, I’ve seen that you just published the main net and Safex Cash is mineable now, so I wrote something about mining coins and mentioned Safex, I hope you’ll like it. I will publish it as a new post.

Thanks so much for your support.