Hype and Fear during wallet release

There are individuals going around to different forums and chats causing fear during this hyped moment in time for safex. All these individuals are doing are scaring you into selling your safex for cheaper than it is worth. Some of the trades I see are trades for units of 100 or less and they are just manipulating the price. Let the wallet release, stop panic selling, and profit !

The fact that you think that would be hilarious tells us exactly what your opinion is worth.

Anytime the company I work for hit a major mile stone, takes serious effort. These boys and girls are working their butts off, to set up this web page and wallet, for this terrific project.

HODL. Remember, Rome was not built in a day!

I totally agree with the FUD part but I think when you do investment, you need to do your own research, make your own idea about a project and don’t listen to Hype or FUD that anyone bring, use logic and rationality and ask yourself if you think the project you’re invested in make sense then decide when you want in or out but never listen to people, everyone as there own agenda: Those that bought in want the price to go up so they will hype and talk good about a coin and those that see a competitor to their own coin or simply that want in but at a lower price, will go and spread fear about the coin so that the price drop and they can buy in for a cheap price.

Never trust others, be your own judge and take your own decision base on fact and logic.

I will never understand the mentality behind thinking you can just throw a little money at something, do absolutely nothing. Then be legitimately pissed when you’re not a millionaire a month later. Meanwhile, I’ll just keep buying deals. Or what they would refer to as “losses”.

Why are you on this forum…?

@dawnmarie131 First of all sell some safex and buy yourself a new keyboard, your caplock is broken

Secondly, you talking about “Rookie Investor” mistake and calling the team liars and keep complaining about a project without any proof to backup then be proud to say “Hey guys I got 75k SAFEX and i will sell them at 1$ but hey don’t trust them this will never go to the a dollar because they are lying” is really ironic don’t you think?

That said, trust me here, I did more then my in dept research on that project, like i do on every project and made my decisions based on what we have available now and invested accordingly.

Going around calling people liars like you do is call nothing else then creating FUD, especially considering yourself got involved. The difference between good investors and rookie investor as you are yourself calling others out is that Rookie trader put all their money in one basket, and mostly, money they cannot afford to lose which make them very emotional when the price go up or down because all they have is on the line so they cannot stand delay or any risk for that matter.

Good traders only have 5%-10% of their portfolio in any given investment, knowing exactly when it’s time to join or leave a project and currently SAFEX is an undervalued coin that have a huge potential to go from 0.03$ to at least 0.25$ if not 1$ in the next year to come so I only see a regular high risk high reward investment here that I keep track of all the info daily while not going crazy about it simply because of a wallet that by the way won’t affect the price that much if you want my 2 cents but people that joined here out of FOMO from random youtubers or forum expecting to make a quick 10x sure get stressed out when they see the price going down.

In the end my point is if you cannot stand the heat, just sell your coins and move on but don’t go spreading your own insecurities on other members (some of them really are rookie investor that don’t know the game and that panic sell when they see negative FUD like that).

So if you have any constructive critisism backed with fact and not only based on your own insecurities, I’ll be more then happy to hear them with links and proof, otherwise keep calm and carry on.! 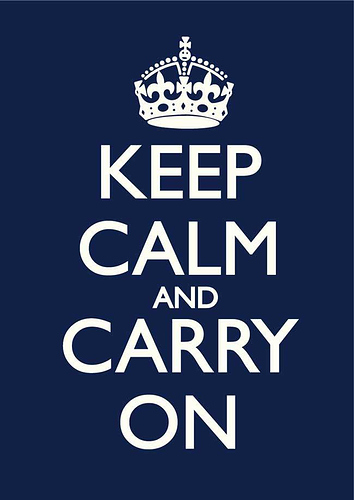 People are so crazy. Maybe it’s some smart AI fud program, there can’t be this many crazies.

The cake is a lie…Well at this point you proved that all you got is FUD without any prove of anything you are bringing on the table other then your own paranoia and fear. If you don’t trust this coin please be my guest sell your 75k coin right away and leave this group as you are bringing no constructive criticism, just fear and uncertainty (FUD) that are backed by nothing but “hey guys careful, it’s taking more time then expected = THEY ARE LIARS and we are all gonna die” which sorry but I respect your opinion but I don’t share the same one and all I hear from you is a Troll trying to create FUD, not someone genuinely bringing anything constructive to this community.

Let me play your game here for a second to show you how easy it is to create FUD and bullshit statement out of nothing:

“@dawnmarie131 is actually a whale that got tons of money to invest but that create FUD so they she/he can make the price drop down as low as possible so that he/she can buy more coins cheap and make profit by making you panic selling your coins.”

I could go all days creating other false story like that (note that the statement Above was a story based on no proof and was there for exploitation comparison and should not be considered as true in any shape or form).

Now if I would do like you I could go ahead and spam that story on all forums and slender your name with false story without even knowing you pretty much like you do about Daniel Dabek and it would work, but I’m defiantly not going to do that because I have way better thing to do but it’s just to prove you that your story is cute and have 50% chance to be true but you have sweet fuck all to back up your story so as far as I’m concerned, you’re a mental health case of paranoia and a very unsecured person that either don’t live well with his/her investment decision and that now his projecting his/her own fear to the others to make yourself feel better or choice number 2, probably just a troll that is very lonely and have way to much time to waste.

Stop wasting our time would you, this is free market, you like it , you invest, you don’t, you sell an move to the next best thing and simply move along.