This is a brief update to keep in touch. We’ve successfully addressed btc and safex transactions and completed most of the UI features.

I am taking a short 4 hour break to rest up, when we get back to it: I will be merging the UI fixes to the transaction methods. Then packaging binaries.

We’ll be active on all channels with the Safex Wallet release.

WOOOOOHOOOOOO !! DANIEL YOU ARE A CHAMP! KEEP WORKING HARD! I CAN"T WAIT TO USE THE MARKETPLACE WITH ALL MY CHILLE!

Yeah I woulda done that binaries thing too.

Is there an expected amount of time until the wallet release?

Up and at it, good to see. What is a rough guideline for when the wallet will be released? I understand its a process but I’m just curious if you can comment. Have a great day!

You got this man! let the haters hate and they’ll be all too late. lol😂

For me its a red flag. How come CEO’s & developers cartoonized their real identity. Cant even deliver on time small projects, how come large projects?? This coin is run by pure hype

I give it to you on the delivery delay but for the “Cartoonized” it’s simply an artistic choice, you can see everyone face on all their platform https://twitter.com/safe_exchange

Talk about scraping the bottom of the barrel…

Hmmm…did not the creator of Bitcoin hide behind a fake name? …but bitcoin is pure hype, right? I don’t encourage developers/CEOs to use fake names, I’m just acknowledging that your opinion pretty much means nothing, and instead of disrespecting these people, maybe use better verbatim if you have any concerns…

Man you are king! Take your time, support you very much!!

Haters gona hate … Dont know why so much negativity…

People these days want everything handed to them on a plate and price to shoot up to $1.00 overnight so they can cash in…Greed !

Daniel is hard working and focused from what I can see and will deliver, not too many hard working individuals like him left in this world ,

Keep up the good work mate and ignore all the ass scratching donkeys out there!

Let em sell cheap peck the more for us

why need sum moderators to ban the trolls and haters

sell you coins dude !! why you stay in stop cry 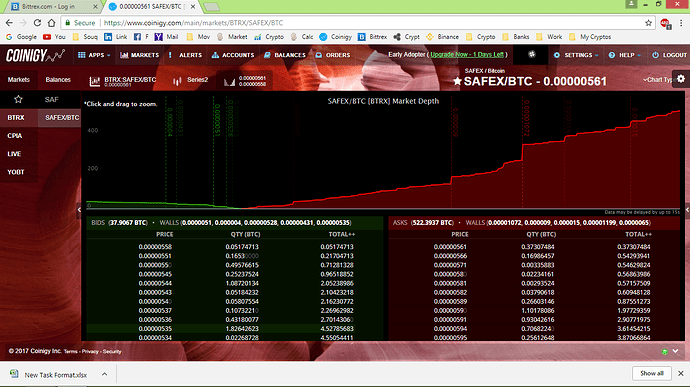 Everyone is selling now

Youre working your ass off for deadlines, so dedicated man! Go SAFEX!!!