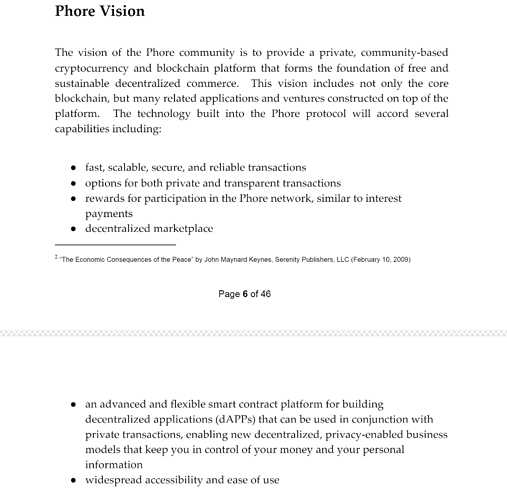 Am I reading this right? You have to have 10,000 phore to be a “master node” and get your 40% block reward? That’s a full 1% of the total supply out there. You’d need at least $30k to invest in that now and all they have is a wallet. I mean, I know Safex only has a wallet right now too, but at least I can throw $100 at it and still get in the game.

Also… no confirmations required? Do they even know how crypto works? Confirmations are kind of important, you know… like completely vital to the whole thing working. Even localized conformations like IOTA tried are crap because they’re exploitable by a big enough actor. Remember back when we were all afraid of bitcoin forking in two during the centralization of miners that happened several years ago? Well, imagine if you could fork the chain with only 1% of the network.

I don’t see them as a real threat, but it’d be nice to hear other opinions. 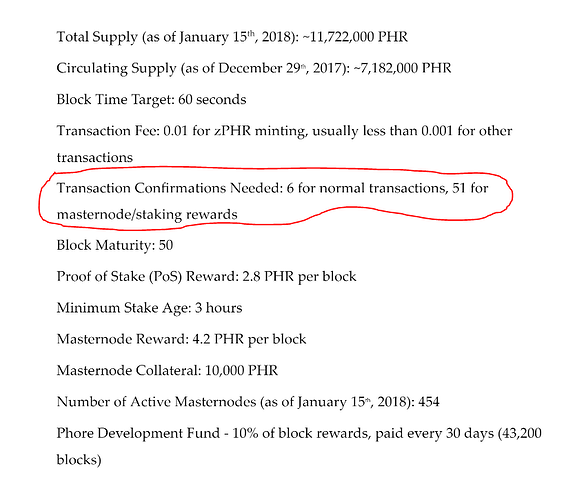 I agree, there are many questions on this project. How they are going to deal with rapidly rising transaction fees due to low supply. Marketplace needs a stable currency, like safex cash. Also this coin will be very speculative for the same reason.

From their home page:

“Already fast with 60 seconds blocktime. Instant transactions are guaranteed by the Masternodes, with zero confirmations required and spendable within seconds.”

So which is it? Or I guess they’re saying masternodes don’t need confirmations?

There’s a lot of dumb money out there in the crypto world, and by that I mean people buying stuff they don’t really understand.

Nobody likes that bitcoin is slow and expensive right now. However, slow and expensive is good for security. When it takes that much hash power to confirm transactions it makes it really expensive to try and exploit. Making transactions cheaper and faster makes the network easier to exploit. The architecture has to be designed so that it’s just expensive enough to make it not worth exploiting. From these numbers I’m seeing, Phore isn’t trying very hard at that.

Also, how is their blockchain out but their marketplace isn’t? Like saying the email servers are up and running but you can’t check your email yet. Hmmm.

People need to learn what competition is before proposing its competition