Orbiter wallet ... Can we just login?

Hi all. I have a question about the Orbiter wallet. I checked the youtube channel, but I didn’t see an Orbiter wallet tutorial. I had to reinstall windows, and before I only had the Migration wallet. But I had everything backed up so I went ahead and did the reinstall. So i check the Safex site, and there’s a new wallet there. So I get that, and of course I need to login to the wallet some way so it knows where to look on the blockchain for my Safex cash and tokens.

Well, unless I’m doing it wrong, it seems like the only way I can ever get the wallet to see my Safex, is to tell it where a certain file is that this new wallet created for me. I entered my password, and my keys. Then the wallet output… some kind of a file for me. That’s great, now I can see the correct amount of tokens and cash, so I know that it has found me. However, every time I want to open the wallet and connect, (so that I can see my tokens and cash) I have to tell the wallet where to find this file that it made for me. Then it will say “Please wait” and a loading bar appears. I remember the old wallet, you could just login and it remembered everything without having to tell it where a file was.

I just want to know if I’m doing it wrong. Please correct me if I’m mistaken, but the Orbiter wallet is the wallet that comes after the migration wallet, correct? So I’ve done the migration, and now I should be using the Orbiter wallet. But how do you just enter your password and have the wallet connect automatically and show you your tokens and cash? That is what I am used to.

On the main Orbiter screen, you can “Create new wallet” “Open Wallet” or recover your wallets. Well it seems like you’d just want to always “Open Wallet” right? It will only let me open my wallet if I select that file that the wallet made, after I did the recovery. It doesn’t seem to remember where it is on its own. So you can’t just enter your password and have the wallet connect automatically for you.

Did you see these videos?

First one is a tour of the wallet (the design updated slightly since posting, but principle the same.) And the second one is to import your migrated Safex into the orbiter wallet (this only counts if you’ve burned and migrated your old Safex). 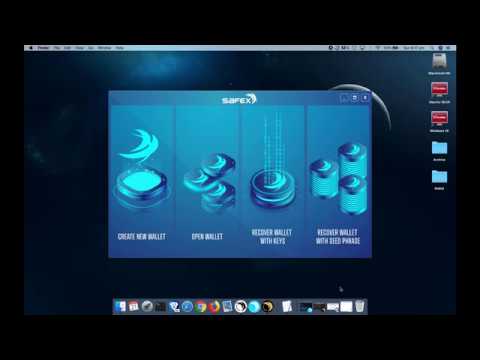 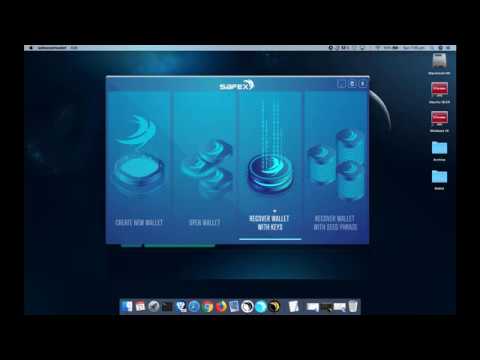 If you managed to import your new Blockchain address via keys or mnemonic seed and save the file, then good work.

However!.. if you simply close the wallet software without logging out of the Safex address wallet, then next time you start the Orbiter software, it will automatically select that previous wallet and simply ask you for your password.

Thanks Rich and Aussie for the replies. I will watch those videos. But if I understand you right Aussie, you’re saying that I need to: Load up the file it gave me into the wallet, once again. It will ask for it and currently it’s the only way I know. But this time, instead of logging out, just close the wallet. Then it will remember automatically and I won’t have to tell it where the file is every time. Do I have that right?

The reason I ask is because you say “it will automatically select that previous wallet”. It’s the “previous wallet” that is a bit confusing. I thought that the previous wallet was totally gone, and we were only dealing with the new orbiter wallet.

By “previous wallet”, I mean the previous (last) Safex wallet address you had open in Orbiter when you closed it (without logging out)

Hello
A few months ago I made a partial migration to SFX and SFT. I have currently migrated the remaining coins. After installing the new Orbitel wallet using the keys received in the migration process, the status of my account shows only those coins that I transferred a few months ago. I don’t see any transferred coins at this time. In safex wallet it shows the migration status as completed. How long does it take for SFX and SFT to appear on Orbitel’s wallet?

If you just did that second migration, Dan has not run the script yet to do the burn. Once he does, your second set will show in the new wallet

The script will be run again on/around September 21 so you will see them in the Orbiter wallet following that.

Thanks for the replies all. It looks like I did everything right, I just didn’t know that you need to close the wallet, without logging out. That way it will just automatically load your file into the wallet next time, and it’ll show all your Safex tokens and Safex cash.

So now I just want to ask: Are we expecting another Wallet update? Or can we consider the orbiter wallet to be the final version? Just curious on that I guess.

Orbiter wallet is just an interim wallet to facilitate viewing/sending SFT and SFX prior to marketplace launch.

You will need to install the Sails v9 wallet once MP launches.

Just want to add some info to save you from a heartattack, depending on the amount you migrated.

I installed the wallet and punched in the data from a test wallet and after like 3Mins it showed the correct amount of SFX and SFT and all was good.

Did that again, same thing …

Ok, so i opened the wallet file that i just created and the address showed “0” …

I triple checked the entry data, created another wallet with same credentials and looked into the forum …

Well long story short -> after an eternity (20Mins) and using a letter counting tool to see if i missed something after migration, i found the RESCAN button …

Well that solved it … phew.

TLDR: RESCAN your wallet in the Wallet-Settings if the import was interrupted by yourself or the software before starting to freak out.

Hi guys hi I have already migrated safex to version 7 safex wallet in 2019.my safex token are still in version 7 wallet which doesnot have send function to exchanges or anywhere.i just want to get used to how to send to exchanges.can anyone help me to send token to livecoin from my wallet.thankx.

When you did your migration process, if you allowed your v7 wallet to create your new blockchain address, you were given a .txt file to save, which contained your new Blockchain address (beginning with the prefix Safex…) and your private keys.

You need to download the v2 orbiter wallet from the Safex.io website and import your new blockchain address.

Wallet to use is now v2, but this video should help

Unfortunately, the orbiter wallet does have some compatibility issues with old Macs. It is highly anticipated that the new TWM wallet that will be released soon, as part of the v1 marketplace launch, will have improved compatibility with the old Macs.

The send function in the wallet will certainly allow you to send SFT to any of the three exchanges (Xcalibra, Coindeal, Livecoin) but be sure your are sending to the SFT deposit address, not SFX, as some exchanges do specify different addresses (at their end) for SFT and SFX (even though all Safex addresses accept both).

just in case you end up on a Windows machine.

You may also find this video helpful.