When the Safex Blockchain is implemented and we can send off our dusty tokens to burn and receive our shiny new ones in exchange, will tokens still on exchanges be useless unless they are first run through the burn? i.e. will the tokens that are held on an exchanges wallet still be omni-tokens if withdrawn from that exchange? Can the exchanges perform the same action as we will with burn?

My lamen brain says they will still be old tokens and so ‘useless’… but as I just said - lamen brain.

This is actually a good question - were there similar examples in the past?

I guess exchanges will be notified to delist “old” Safex coin trading at a certain moment, and will give a deadline for users to remove their coins? But what will happen to coins not withdrawn from exchanges?

I would also like to know will there be a deadline for switching “old” Safex coins to new ones by burning? In other words, if someone discovers he has Safex coins on BTC blockchain two years from now, will he still be able to claim “new” Safex tokens?

And as a result of all this - do we expect “new” Safex coin supply to actually be lower, due to “lost” and non-burned “old” Safex?

When the Safex Blockchain is implemented and we can send off our dusty tokens to burn and receive our shiny new ones in exchange, will tokens still on exchanges be useless unless they are first run through the burn?

That’ll be up to the exchange.

Ethical exchanges will set a date for the exchange of the omni-safex they have.

Unethical exchanges may do whatever they want.

Personally I believe this is why Bittrex delisted. In the original timeline posted (albeit, a while ago) the new blockchain was to go live at the end of 2017.

Not hating, late is normal for this team. There’s still over 10% of all Safex living at Bittrex now though, which is probably what they were trying to avoid.

Personally I believe this is why Bittrex delisted. In the original timeline posted (albeit, a while ago) the new blockchain was to go live at the end of 2017.

I’ve not seen them have problems with other new blockchains. Remember all forks of BTC are new blockchains that they need to develop their wallets to handle, So I doubt it.

Usually the most obvious and simplest explanation is the correct one.

Remember that for nearly 2 years bittrex allowed legacy (no ID) accounts even though the regulations required they have ID of everyone. Yet around the time they delisted safex and reviewed a number of other coins they also put a halt to legacy accounts.

So the simplest and obvious explanation was that the fear of regularity and actual pressure from the authorities made them take all these actions around the same time.

I’ve not seen them have problems with other new blockchains.

I’m sure the legal shit weighs in, plus apparently safex users (at least at the time) like to open up 100 support tickets over $10 worth of coins that took longer than 10 minutes to transfer…

I think that the BTC blockchain safex will still be floating around because it will likely be weeks before a majority of tokens are put through.

Then there will be those people who forgot and then remembered.

During post Safex Blockchain, exchanges should not convert people’s coins; and people should not trust exchanges because there were situations with some BTC forks and the ETH fork where the exchanges kept people’s new coins (Im referring here to the case of Safex Cash airdrop)

Imagine you held your coins on one of those exchanges, and your airdrop was kept by the operator.

For Bittrex I’d just leave it at they not wanting the dish out the legal expenses necessary to defend so many coins on their business. 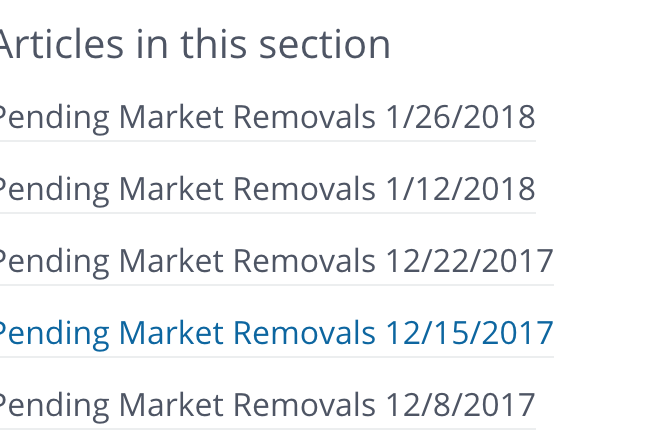 Every week or two they remove coins.

and people should trust exchanges

Thanks @Rob, you are right I meant to say that people should not trust exchanges

What I mean by this statement is that, the exchange is NOT your wallet.

You should never store your coins of any kind on the exchanges.

hello @dandabek, and what happens post burn, when your safex coins are stuck on a segwit address ?
Ok, ok, let me help you

The burn could be left open-ended meaning it never will be closed off; let me look into this post; and huge thanks for bringing it to my attention

That would be awesome to see the burn left open indefinitely. I’ve had coins switch to new chains in the past and missed the burning. Really gave me some sour grapes.

It would be smart for people to withdraw their money for the burning from the exchanges SAFEX will be on up until that moment as so to avoid the headache of who received the drop. Btw. Thanks for looking after us, Dan.

Forgive my ignorance, but when exactly is the 'Burn" due to take place.

@Aldgatetroll burn takes place from the starting point of the Safex blockchain.

And the Starting Point of the SafeX blockchain is?

I only ask this as I’m setting up my private wallet and attempting to buy more SafeX, and my experience with exchanges at present id somewhat reserved.

“The conversion of Safex Tokens from the Bitcoin
Blockchain into the Safex Blockchain will delineate the conclusion of beta, and the start
of Safex Cash mining.”

I understand that more info is comming about all of this but , what will the ratio be? We all know people don’t react well when they see their few million coins turn into less… and since there is 1 bil supply available over the course of all those years , I wonder , if maybe there is a little hint or something that I missed.

Or maybe I don’t understand it fully. if so could u simplify it for a normal person

You do realize Safex Cash is completely different than the tokens we currently hold right?

Not sure what you meant by our coins turning into less

Yes, that I understand , purely talking about the psychological effect of the change. If you see your 10 million coins change into 10.000 I bet you will feel different , even if the value remains.