Hello to everyone, so glad to share our development update with you all it has been an extraordinary and eventful month!!

Please read patiently, quite a bit to take in

First of all I am so proud to say that we have formalized an entity from which to develop called: Safex Developers d.o.o a company in Serbia. In addition, that makes us the first company that is financed in crypto currencies in the country. More about that will be announced in the press around the world in the coming weeks. 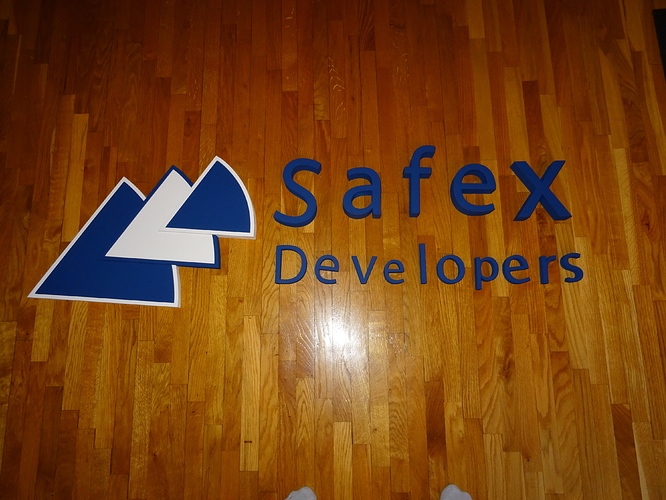 ^^ our foam sign for the office just arrived today

Since our last update we were eagerly awaiting the Safex wallet release; however, due to my overlooking structure and simply engaging a developer without a formal contract and payment agreement led to some disagreements over terms and a strong distrust. Considering how sensitive the software we are building I took the executive decision to discontinue working with that developer.

Now to mitigate this problem in the future, we will follow the policy that our developers will always need a contractual agreement that clearly outlines their responsibilities and rewards as well as penalties for failing to meet the contractual obligations. In addition we’ve opened an office in the best office building in Belgrade, Serbia and we have already begun to introduce ourselves and retain talent to bring this globe changing technology to completion.

You could see the first day that we signed the lease which took place literally 8 days ago. Pictured is Pavle our front end developer and our attorney who is representing the development company.

This week we’ve closed an agreement with a designer who will take our messaging and presentation layer to completely new levels. Here is a website that he worked on under extreme pressure; and still turned outstanding and won tons of recognition. He is super enthusiastic for crypto currency and our project especially, and our team is super enthusiastic about him. I look forward to the community’s approval in the coming weeks

Furthermore, we are the leading specialists in the city, and even the country in crypto currency by years of experience and success under our belts that is why we are leading that charge full steam ahead to responsibly bring the crypto advantage to Belgrade, Serbia.

In order to help that charge, Liberland is teaming up with Safex Developers to establish a crypto currency hub in the city to expand further the message, as well as establish friendly relations between Serbia and Liberland since they are neighbors.

^^ here is a video with President Vit Jedlicka and Daniel Dabek discussing their partnership.

Furthermore, last weekend Daniel Dabek was in Warsaw, Poland (his origin country) and has presented to a group of 2000 crypto currency visionaries and investors about his experiences in trading crypto currencies, and his success from that which remains a focal point in why he is so proliferate in expanding Safex and other initiatives. 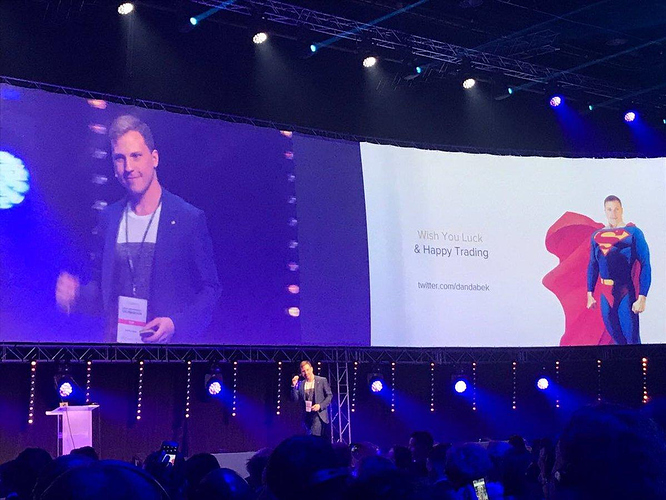 ^^ this is an image from the conclusion of the speech, a video will be available in 8 different languages. And Daniel introduced himself in Polish language.

In the coming weeks the Safex Developer office will be completed and bustling with developers operating on the Safex endeavor. Chille development will resume, and the wallet will come around as soon as possible and they will be better than they could have ever been before.

We are so proud of the support of everyone in this, and look forward to returning that favor to you and everyone of the world who will benefit from a free and safe trading post that is the Safe Exchange ~~!!

Expect our next update two weeks from now

Wish you a lot of success man!!!

It’s great to hear that everything is moving full steam ahead.
Looking forward to the next update.

I had faith in you and its been reinforced 10 fold! I love everything about it!

Great update man! Let see how crypto interfaces with real world, both in day-to-day life and with authorities

We have some options for the logo selection, which we will vote on as soon as we’re complete. Something epic to look forward to

Daniel go forward with this coins and this chilli blockchain… SEC can be huge!

Great to see such progress! Thank you for the update.