Will SAFEX cash mining be available for CPU? Or GPU only?

Cryptonight can be CPU mined, as far as I know.

I haven’t looked. I want to set my rig up as soon as they release the mining. Don’t have a gpu yet. Was just wondering if I bought a pair if they needed to be AMD or NVIDIA

Q1 – Do you have any technical details about the new mining algorithm?

A1 – The mining algorithm we will be using is CryptoNight, similar to Monero. It will be CPU and GPU friendly and has 1 minute blocks. 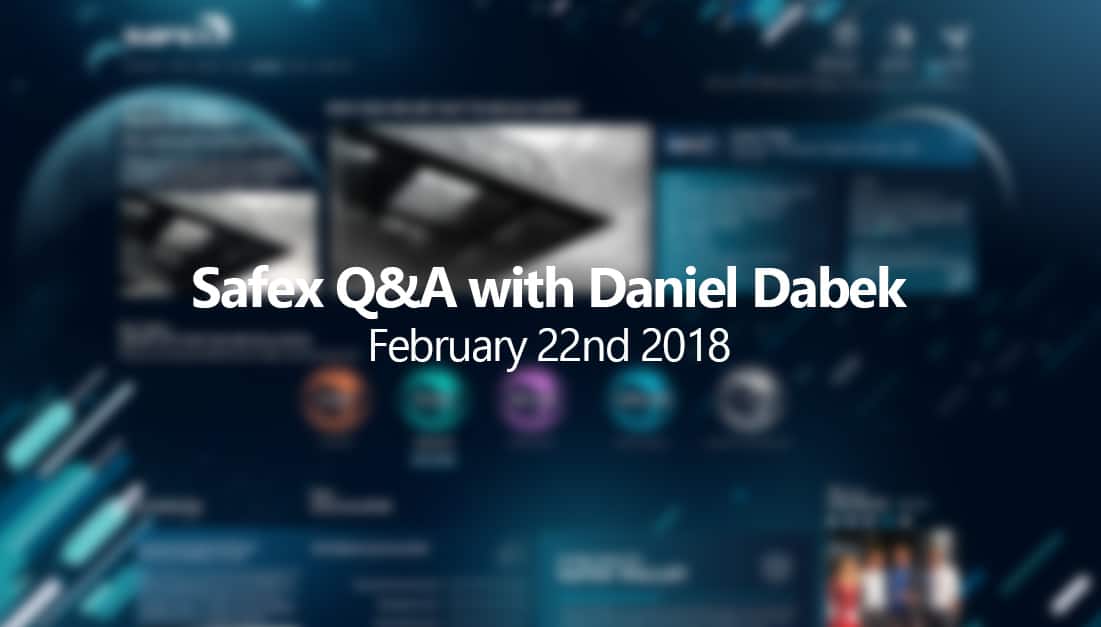 On Thursday 22nd February 2018, Daniel Dabek held an impromptu Q&A with the Safex Community. Here is the audio recording and highlights from the interview.

Thanks for that. I will download that setup when I get home.

And just go ahead and trade all my XRP for SAFEX

Cryptonight asic miners are coming, i don’t like this

Will there be a premining period before the full launch of the new blockchain?

No, the launch will be well publicized and will begin with a genesis block

There will be no prerelease mining taking place

Gotcha. Thanks for the info

Is an AntMiner X3 the right “thing” for mining Safex Cash?

I think they are trying go make the blockchain asic resistant

AMD Vega cards are the absolute best for cryptonite algo.

Actually we will modify the hashing algorithm due to high potential for ASICs. The target is GPU and CPU devices.

Consider making it modural so you can always slightly tweak the algo to make ASICs obsolete.

Hi, Can you put me in the right direction on getting a rig or making a rig which mines Safex coins?
Thanks

@fbitopdog You may want to have a look at this invitation from Safex News:

Guys, do you have any plans about Merged mining like project emercoin.com?
It would be great to mine 2 coins on the same algo, I think it’s a good idea.