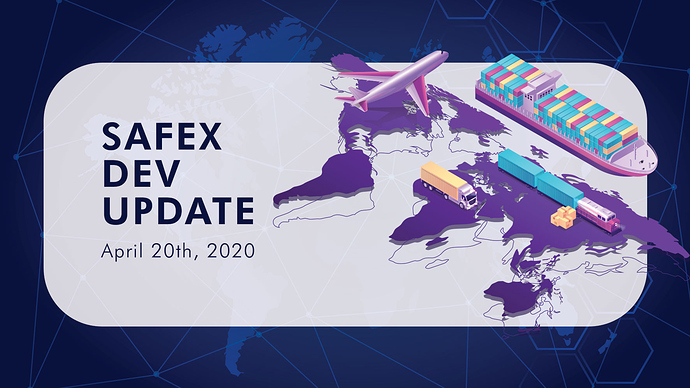 Some of these features are already implemented into the TWM Wallet user interface, and others are still in progress.

Later in the week, more of this functionality will be in the hands of the tester group. Keep in mind that the strategy is to implement the raw functionality first, then to arrange and style it once the internals are all working properly.

Here is a screenshot, of the early stages of a table pulling all the sell offers out of the blockchain which will be interactable by contacting the vendor, or placing an order by sending shipping info and money. 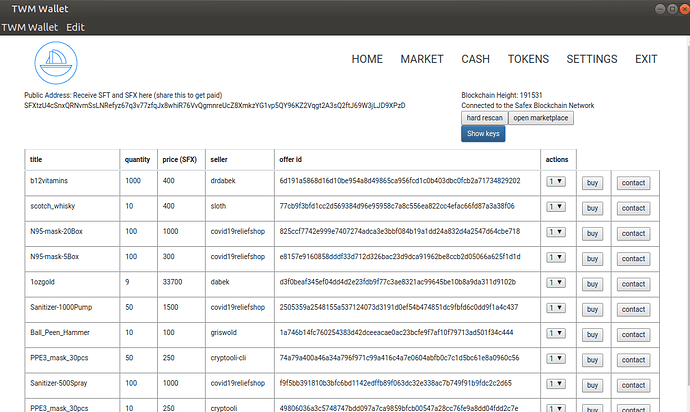 Safexcore: The Marketplace Protocol
Now that the flow of the application is ironed out, Igor putting time towards documentation that describes at a high level how the marketplace system is put together. These initial notes will be converted into a full form document. Following this description, the core flow on the code level will also be documented so that the combination of the texts will allow for faster perusal of the safex marketplace.

During the last week Igor continued with the wrap up phase of the system addressing some key blockchain level checks and how they are handling accepting blocks, and the orders of transactions.

Some of these bugs that were addressed:
A bug in the command line wallet: sweep_unmixable inputs is no longer crashing the wallet.

A bug in the command line wallet with an unhandled exception if the wrong password is entered, an account would be created, but wouldn’t save the account nor render the corresponding error.

A bug in the case of an orphan block containing advanced transactions has been fixed. This bug would cause some nodes to drop off of the network in the event of two miners finding a block simultaneously.

Transaction pool logic has been optimized to differentiate between marketplace actions to only include one type of advanced transactions at a time. This will help the nodes more actively maintain a clean flowing state without needing to perform further collision checks during block production.

By Friday if not sooner we expect to have published version 6.3 of the marketplace protocol to the testnet that include these pivotal updates to the network stability.

Nice progress! Well done! Recent price movement of token and cash indicates that the space is acknowledging and aware of the progress. TWM soon moon, over and out.

keep up the good progress!

finally, after all these years

Good times, thanks for the hard work.