Marketplace
During the past week Marko optimized the account registration system as part of the transaction processing mechanism within the safex node. Concluding this optimization Marko is now reconnecting the locking system to the account registration system: so when you register an account you lock up some tokens which after x number of blocks they become available again.

So, now we will have safex accounts concluded where they store a data structure:

With that we can register entities that own data (they can take ownership of data). So this means when you use the Account Key and form a Sell Offer, the blockchain will know that this sell offer belongs to the signing account, and that signing key is verified with the public key stored at the time of account creation.

We also discussed the sell offer implementation, and this discussion will continue during this week with the aim to implement from next week. This is the simple sell offer which enables the decentralized commerce over the safex blockchain.

With the account registration system completed we have only weeks of tasks remaining related to the v1 marketplace release.

Sails Wallet
The team discussed fine tuning points to our go lang module during the last week. Now that sails wallet is in an advanced state where keys are effortlessly imported and managed by the application, we continued to leveraging the rpc interface we built for communicating the wallet information with the blockchain.

Mirjana linked up the transaction history route to the UI so now all transaction hashes are being pulled for a specific account: this week a wrap up step is to arrange the data from the transaction into the UI. This task is in its final stage.

Furthermore, labelling of accounts has been implemented so that you can set a label on each account. Additionally sending safex cash and tokens from the contact list was progressed on.

Other design considerations were taken and the wireframe was updated to reflect those updates.

This week we will see integration of sending SFT and SFX with the sails wallet since the transaction aspect of the golang interface was tied in to communicate with the safexcore by Stefan.

Remaining tasks are to integrate the bitcoin/safe exchange coin sending/migrating which is code already developed that will be a straight forward development.

Here you can see the list of routes available that were built over the past several months:

This file has been truncated. show original

Click the “show original” link above to view the entire .go file.

Now is a great time to get involved in mining Safex Cash. You can learn more about mining here: https://safex.io/cash-mining/ 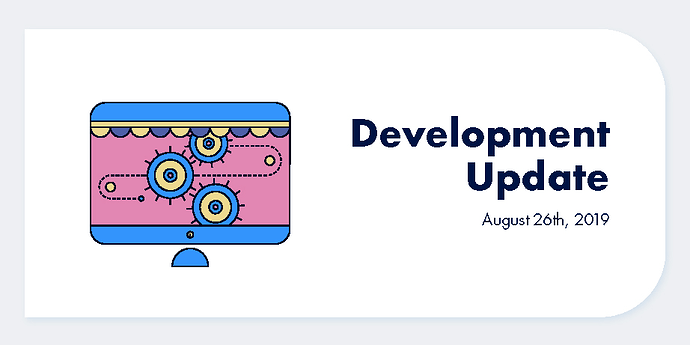 One point of concern regarding block reward doubling at the moment is the amount of cheap nicehash power getting put into the network.

With 40+MH/s coming from nicehash it’s significantly reducing sfx yields from home mining setups and I think this is very much acting against us in terms of onboarding new miners (or even keeping old ones).

Proposed options so far have been swapping our mining algorithm to CN-R or a custom variant. Maybe we could get some discussion happening around this since the miners are really the foundation of the Safex blockchain.

Great to see the api being expanded upon!