Marketplace
During the last week Igor broke right into the price peg feature. The purpose of the price peg is so that it will be possible for merchants to set a $ or € or any other price peg that gets provided.

So say for example that at this moment you want to receive $100 for a product, and currently the price of Safex Cash is $0.50 then you would expect to receive 200 SFX for that product. Then suppose that the price of Safex Cash were to increase to $1.00 then the price peg provider if reliable will update the exchange rate, and the blockchain will make sure that purchases of the product are 100 SFX adjusting to the updated exchange rate provided by the price peg.

On the onset of the marketplace release the Safex Foundation will provide a reliable and real time updating price peg, since the cost to maintain a price peg is the cost of a transaction and the data update to the price peg.

Igor’s work in the last week was related to setting the action for a Safex Account to establish a price peg and for this week he will be wiring it up to the Safex Offer so that it can be used as part of the purchasing flow in real time.

As soon as this feature is completed we will release the final feature creation testnet.

Afterwards we will go into bug fixing. So far the testing group has grown by a couple of members and it is faring quite well because we are methodically exposing bugs. Things are far from perfect, but with the organization that we’ve established we are capable to triage and address all of the bugs.

Some of the bugs Igor addressed in the last week:

This is the last feature of the v1 and after this we will go into exclusively developing the API so that the marketplace content can be consumed by the wallet.

TWM Wallet
The marketplace API for storing images, encrypted messaging, and interacting with the blockchain is in an advanced planning stage. Our plan of attack is to resolve all features with a hard stop by February 18th and it looks like we are going to make it with the price peg feature.

From there Igor and Daniel focus all efforts on creating the wallet with the necessary UI components and API interaction to the blockchain to enable the full engagement of the marketplace application.

Expect more updates on this front from next week’s development update.

Safex Miner
We have not yet completed the builds in full for Linux and Windows; however there is progress on that front:

You can download a preliminary version of the Windows miner. While the linux version is following up. Please be sure to let us know how it is working out for you.

Here is the link for that:
windows >https://github.com/safex/miner/releases/tag/0.0.3-windows

Washington DC, Safex Meetup
Daniel has opened a new meetup group in Washington, DC and the team is now planning new expansions into the United States, Daniel’s home country. If you are in the neighborhood or know of anyone who is interested feel free to sign up for the meetup group, and look out for the first event in the coming weeks. 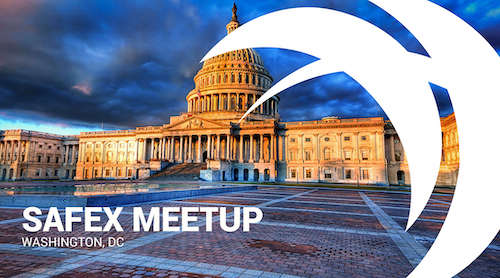 DC, finally! Hope I can make it

And meanwhile safex od getting “more and more” worthless

Safex Miner
We have not yet completed the builds in full for Linux and Windows; however there is progress on that front:

You can download a preliminary version of the Windows miner. While the linux version is following up. Please be sure to let us know how it is working out for you.

Here is the link for that:
windows >https://github.com/safex/miner/releases/tag/0.0.3-windows