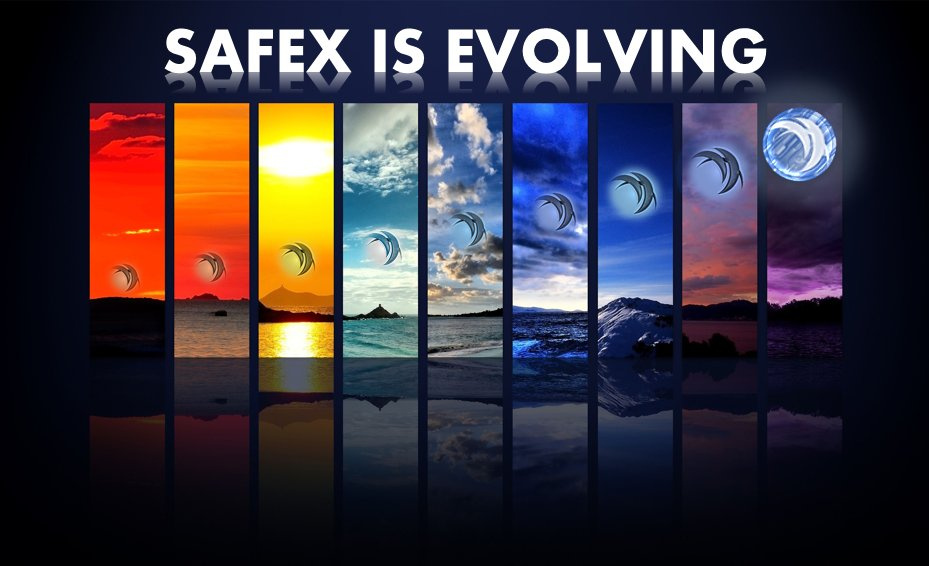 Marketplace
As mentioned in last week’s update Igor worked on the updated purchase system which is an iteration on the seller offer function to force the wallet to include a unique receive address which the blockchain now uses to ensure that purchases are going only to the correct recipient before including it as a completed purchase.

With the purchase proof the buyer can then set the feedback. This feature is not yet implemented; however, we will try our best to include it in this week’s testnet release. Let’s see if we can fit it in.

While Igor made good progress on the build systems we discussed: windows is still providing a bit of issues that should be resolved until Thursday when we will release the latest features to the Testnet.

The build systems are for automating the build process so we do not need to take constant time to test builds since they will be automatically tested after every commit to the code repository. This will save a lot of time and ensure every release has compiled binaries for all platforms instantly.

So look out for Thursday Testnet 4 with the latest offer listing process and now the purchase directly correlating with the user who is selling.

Coindeal and Livecoin deposits/withdrawals
We tried to resolve the Windows builds; however, we were not able to finish clearing the process there as soon as we hoped so in this case we will take the time to publish the Linux binaries tomorrow, ahead of the windows resolution to get these two exchanges back up and running.

Additional adjustments to the safexcore project include an added checkpoint at height 360,000 and the update to the wallet software was merged that omits the problematic overflow transactions for tokens.

Safex Miner
The safex miner GUI with randomx is still under production, though in an advanced stage. So far it is working well on the Mac and it will continue being developed with more user friendly features added through the week we hope with a release around the time of the testnet.

Golang Development
While we have a bit of a stall in the golang development we have a fall back strategy to expand the c++ wallet to include the marketplace elements needed to create a clickable marketplace application.

However we will not write off the golang module just yet as we continue to receive applicants, who are willing to take this task on, though we need to get the right person to commit since this is an ongoing concern to be addressed as the marketplace expands and we discover improvements to the user experience.

Please if you know of a developer who is coding in golang and would like to join the team to make commerce accessible worldwide with safex let them get in touch directly with Daniel at daniel@safex.io

/
Look out for Thursday published binaries for the Testnet 4 with the improved sale listing function.

So igor is the safex team?

that’s what it looks like, I wander what happened to the others…
did they all rage quit??

If counting numbers yes at this point we only have Igor on the marketplace/blockchain development. Considering how progress was dragging before he came on board, we are not losing ground.

This software is not easy to pull off, “I want a job where I have to use half my brain” is a quote a received from an anonymous developer not with us any longer, and over the past 2 years we had a cycle of a few developers.

On the golang side we still have the support of the previous team, but we need to replace them since their startup has advanced to the point where we can not get enough output to complete the task and take it forward, but we do have a few interviews going on for there.

We also have interviews for more c++ developers.

Yet most importantly, right now, I will take this time to iterate: this is a community project, when you buy tokens we don’t get funding for that. We need the help from the community, not heckling. Otherwise seriously it is not sustainable what we are doing, not sustainable at all.

I can not just ignore this fact and hope people get upset and want to leave (token hodlers etc) It’s opposite, if you do not see this point it is better you just have enough to make an account because only with a combined effort and not bitter critical: if you are critical and haven’t put forward a hand to help then please turn away.

Really you guys with this heckling should be ashamed. Please do not write anymore if you will not change your attitude.

It is enough to ask a friend, or someone you know if they may know of people who are interested in developing on a project like ours and take on those challenges. Expect that this task of funding and managing development will fall completely on the community of token holders directly if you are dissatisfied with something and you haven’t done anything except bought tokens: it is equally your own burden and issue I am glad to say.

@dandabek are you willing to open remote positions? from the previous job listing you are only looking for help in house

I would like to schedule a meeting at the Balkaneum office. Please communicate when the date/time is convenient for you. My preference is middle of February 2020.

@cryptomanic we have been working with remote developers on the golang side, so of course yes.

I would like to schedule a meeting at the Balkaneum office. Please communicate when the date/time is convenient for you. My preference is middle of February 2020.

you can DM me and introduce yourself privately

For me it is just WTF that you together with ‘biggest hater’ wanted to fly over to meet Dan in person and to ask him hard questions (or to express frustration). There was some good stuff in your message, but most of it sounded like that you own Safex and you demand/request some stuff from team. Just WTF

this behavior does not help to offload your tokens in a good price though , not a smart move.
People make mistakes but it’s up to them to correct them. Also people may run out of money but they can correct that also. As long as Safex delivers a working MP we the community can give a huge boost.It’s easy to say Daniel this Daniel that but when MP is launched nobody will say it’s Daniel’s MP we will feel that it’s our marketplace cause it is TWM.

My initial intention of flying over to ask some questions is not a threat or anything. Sometimes one must see each other in the eyes, body language and other responses to clear the differences. I do not and repeat DO NOT have such frustrations that would lead to anything other than just a normal conversation. I am an adult and act like one. In fact if one would know me they would describe me as a gentlemen. I am also very aware that I might be wrong and must apologise. I will act accordingly when I am proven wrong.

As for me “owning” Safex: I am very well aware that I do not own Safex, but do like to point out that it has been communicated more than once that Safex is a community project. I happen to be part of that community until I released my earlier communication. Then one can always ask the question: Does holding bags of Safex makes one not owning Safex for a tiny bit? If not, then we enter the realms of centralisation.

To me offloading tokens and coins has low priority as I have no losses whatsoever. Though you do bring up a valid point and I do not want other community members to suffer because of my earlier communication. I will remove the post, but I am pretty sure it will reappear as a screenshot somewhere. Although removed, my opinion remains the same until proven wrong.

Hey @dogberry, my intentions have been pure since the very beginning and put all of my personal everything on the line making it happen. Ok, enough of that because it doesn’t matter what I say.

I am in Washington, DC you are welcome to fly a shorter distance. I am here setting up the Safex Foundation as a not for profit organization. I have absolutely nothing to hide, I am doing my entire best to make this project succeed with everything I’ve got.

If you want to offload your tokens, please contact me directly I will try to find a match for you, or just put a sell order on the exchanges and let it be known public. Just a reminder that your purchase of tokens has not increased any ability of mine to succeed. I’ve been clear on that and it still hasn’t changed. Your purchase of tokens from the market, does not influence my bottom line or allocation to translate into further the development.

If we had an ICO and you paid directly to some vehicle I can use those funds the story would be entirely different but we also would not be on a bootstrap shoestring budget. Nevermind that, the version 1 is still coming out soon enough. You don’t need to believe me, you can watch from afar and that’s entirely up to you how you want to involve yourself.

Keep trying to convince peeps to dump there coins, your doing a good job.

@dandabek how comes now you are blaming the bunch of lazy fucks you hired for not delivering the marketplace?
I hired dozens of software engineers in my career. One occasional bad hire can happen but a whole team, lol, how is that possible??
Of course you are not telling us the whole story.
It’s time you take your responsibilities for the people you hired and your poor results.

And don’t continue say twm is just around the corner, github doesn’t lie. there is nothing usable yet.

Continuous integrations and automated build system should have been the first thing you guys should have set up when you started the project. as of today you still struggle to automatically publish your builds.
How many Testnets do you need to publish before we get to test a real MVP fo twm?

I could go on forever but it should be pretty clear to anyone that works in the software industry that this project has been directed by an amateur. I appreciate your passion and energy but you need to ask help of seasoned engineering managers.

Thanks Big Ash, please show us who you are, please post your KYC so we know who is making claims. Thanks. Hired dozens, but cant direct any one of them to us when we are asking for it. Usless. Please leave us alone.

Github doesn’t lie, there is marketplace functionality right there. Please, thanks for nothing bigash take care.