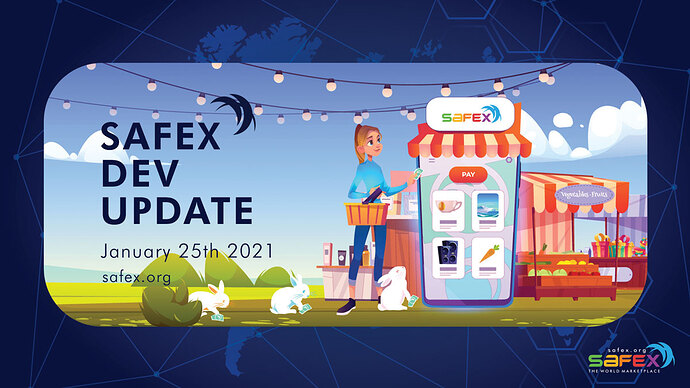 TWM Wallet
During last week we were able to integrate updates that Igor provided to the transaction history table and the token staking table. These updates were added to the wallet interface last week, and they are ready to go in their current form. Daniel went ahead and integrated the updates to the Token Staking Table, and the History representation for Liam to optimize visually. 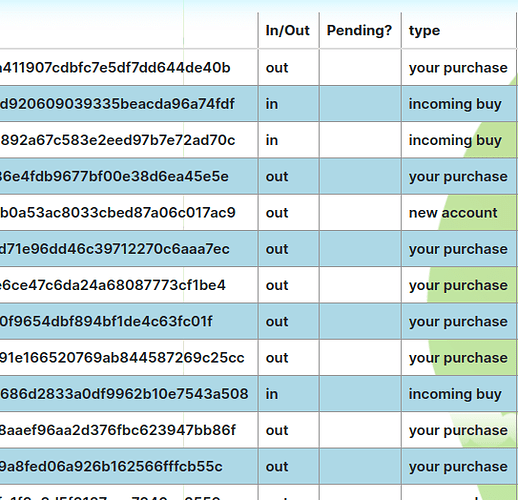 Further down something so simple, yet so powerful is the view of the safex token staking table, it offers a breakdown of all tokens stake transactions that were made, their accruing safex cash, and the block height that they were staked at:

Last week, Liam has been sorting with the rendering of the messages; which is in a great state, yet there is one minor bug where if someone is using an antivirus the app is forcing the urls to https; Daniel is in progress to resolve the edge case, even though the deployed version of the application will communicate over https, this element is being observed, and addressed before release.

Beyond this, there is validations to add and to put proper error messages. The first element is something to prevent us from for example: submitting an empty input that is vital for the functioning of the wallet, and in the second case if something goes wrong to adequately report to us what went wrong so we can report it or at least know what to do next. This is the last task for the team on the TWM Wallet. With the elusive bug mentioned in the previous paragraph that cropped up during the week, this will be it for this wallet iteration. Deployment is already being discussed and no additional changes have been made to the API that has been serving this wallet since two weeks now.

Safexcore
During the last week Igor worked on merging updates that are relevant to our blockchain software from the Monero codebase. Some of these patches were started prior to the marketplace application focus, and he went ahead to wrap them up. These updates will result in more reliable synchronization and operation in the wild. On Monday we will release an updated version of the blockchain node software which will be safexd-7.0.1 It won’t be mandatory to update, yet it will be a smoother running program and would help the network if you do pay attention and update.

A New Blog Post at Safex.org
Last week, our writers published a new blog post that discuss some of the key bold steps that can make a difference in your ecommerce endeavors. Have a read, as it could prove to help you in your journey traversing the Safex Marketplace. If you have some other tips you think we missed, then let us know in the thread!

We’ve been in this final stretch to get the TWM Wallet released for everyone, and it is good to see it progress to the point that it has, and the full stack of its operation. We are glad to have taken the time to involve Igor to improve the experience, and that we’re many steps closer to release.

Keep it up, not far away!

So excited. A revolutionary product will soon be in our hands. 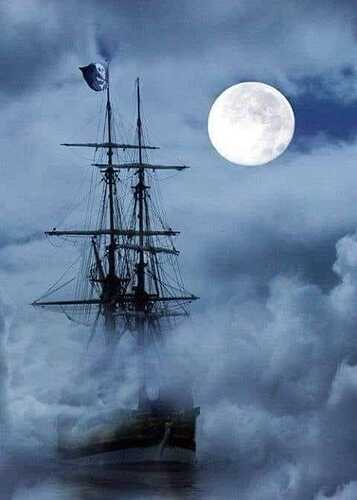 Great job team. I’m really excited:) I have a question though. What about the feedback option? Wasn’t it crucial for the sellers to establish trust as soon as possible? And if I missed that, will there be option to see the sellers ratings so that buyers can see if the seller is trustworthy?

Probably feedback and priceoracles will activate in a future release but
you will be able to feedback on purchases made now, later. So sellers will still be able to establish trust asap.Moreover for the beginning you can check if the seller is trustworthy on https://safex.store/ and safexemporium.com . Great update on The transaction history table makes it so easy . The wallet keeps getting better and better great job everybody.

To get verified status on safex.store a seller must provide a perfect feedback score and ratings which he will be unable to provide until feedback and ratings will be working in TWM wallet. There will be possibility to provide those through CLI but not everybody is CLI “compatible”. I guess the first purchases will be a lottery for buyers as there will be a very limited way to verify sellers and their offers. I hope feedback and ratings will be introduced sooner than later because in my opinion this is a major factor for marketplace to seriously start rolling. Nonetheless I cant wait to make my first purchase.

the first purchases will NOT be a lottery. Safex already has many well known Merchants ready to jump in (personally i already know about 20) . Yes you must be careful at the beginning but if you check the seller first,the risk is minor.If a Safex Merchant proves that he already runs a legit shop on ebay,amazon etc. or a web store where you can check their feedback why not trust him.Moreover all the Verified Safex Merchants will be advertised here on this forum and on those sites.That’s only for the beginning of course later on there will be no need to.

Although your solutions to this problem require extra steps, they might actually work. Forum topic with questions about merchants plus those sites mentioned earlier should provide same insight for first buyers. Fingers crossed that we will not see any shady sellers right at the start.

Feedback is an implemented feature in the blockchain as well as price oracles; however, given our limited resources we had to opt to include them in the future version of the wallet.

Also, I wanted to take time to learn from people using the current wallet, to make a better experience in the next version. Keep in mind, that after any purchases with the Safex blockchain purchase function, the feedback token is in your wallet so you can always use it to leave feedback in the future.

I hope that explains well where that feature is, and the fact that it already exists in the blockchain, and can still be used, and will be added to the wallet when we hire a stronger team to bring the wallet to the next levels.

Despite the heavy behind the scenes duties of the past month and first half of this month due to unforeseen circumstances, I am putting my all to make this wallet out, usable, and timely as I can.

Thanks for the update, we’re lookin good!