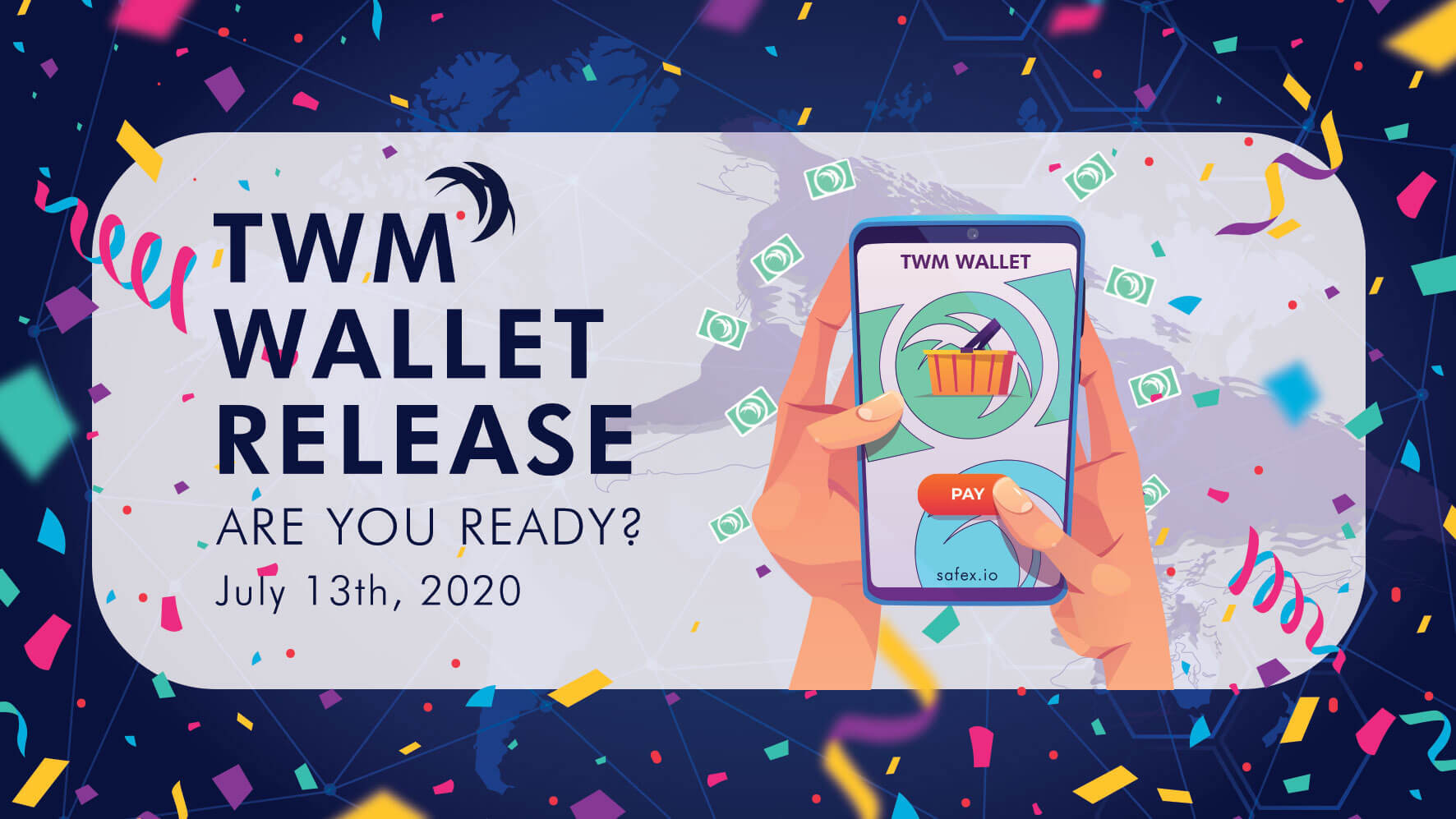 TWM Wallet
This week we are releasing the first iteration of the TWM Wallet.

In this initial version you are able to create a new wallet, open a previously made one and connect to the Stagenet Network. You will be able to send/receive stagenet tokens and cash, and you will be able to create an account, once you’ve made an account you can list new offers. You can Purchase from the Market section, and of course there is the Token section where you can stake and unstake and yield farm.

The download is initially available for Linux - Ubuntu 19.10 is the version that this build has been made on. It should work for most Ubuntu instances.

A Windows version is on the way, there is a small update we must do to the Safexcore-GUI bridge to get it work on Windows, nothing extreme.

Finally a Mac OSX version will be out sometime during the week as well.

We’re glad to get this iteration out, and we look forward to all of the data we will be able to see on the blockchain that the core of our functionality is working according to the plan.

Expect two additional versions, the final being for the mainnet launch.

When making an account, it will require you to have 100 of the test SFT, after 300 blocks you will get those back. So feel free to post your Stagenet Address in the comments, or on twitter.com/safex to get some.

After you made your account you have to wait 25 blocks before it is usable.

You can track the transactions on the block explorer: stagenet1.safex.org

If you made a new offer, or edited that offer, you will need to wait 10 blocks before it is visible again on the list of offers.

Safexcore: Marketplace Protocol
During last week Igor proceeded to fix the sweep_unmixable function that was reported last week, this is fixed and now in the code base. This was a wallet related bug for the case where your incoming transactions do not have additional transactions of the same size making them unusable in the privacy ring. All good here now.

During the week we also discovered in the Command Line Interface visual bug when looking at feedback from offers: you are able to leave a rating between 0 and 3 and the wallet would parse the number into an unrecognizable format on the screen. Nothing wrong in the protocol, only a visual parsing error in the command line visualizer. This is fixed and deployed as well.

Moving on to the Purchase function when buying an offer listed from the blockchain, the transaction formed to pay for that listing would not selectively choose large transactions. Now it is designed to first use larger notes from your wallet because if a larger number of smaller notes would make the transaction rather large and not possible to complete in the allowed space. This adjustment will make purchasing very successful on a technical side of how the blockchain processes and includes transactions.

Finally, we had a bug fix in the blockchain explorer on stagenet, a simple issue where the block explorer did not point to the port number necessary for stagenet after a previous update, so small regression here but it is not corrected and the block explorer is working 100%.

Safex.org: The Economics of Mining: Calculating Your Cost Basis and P/L
This week we also have published an analysis and a process of how to calculate your profit and expenses for mining. Many thanks to @cryptooli for contributing this important data for the miners. 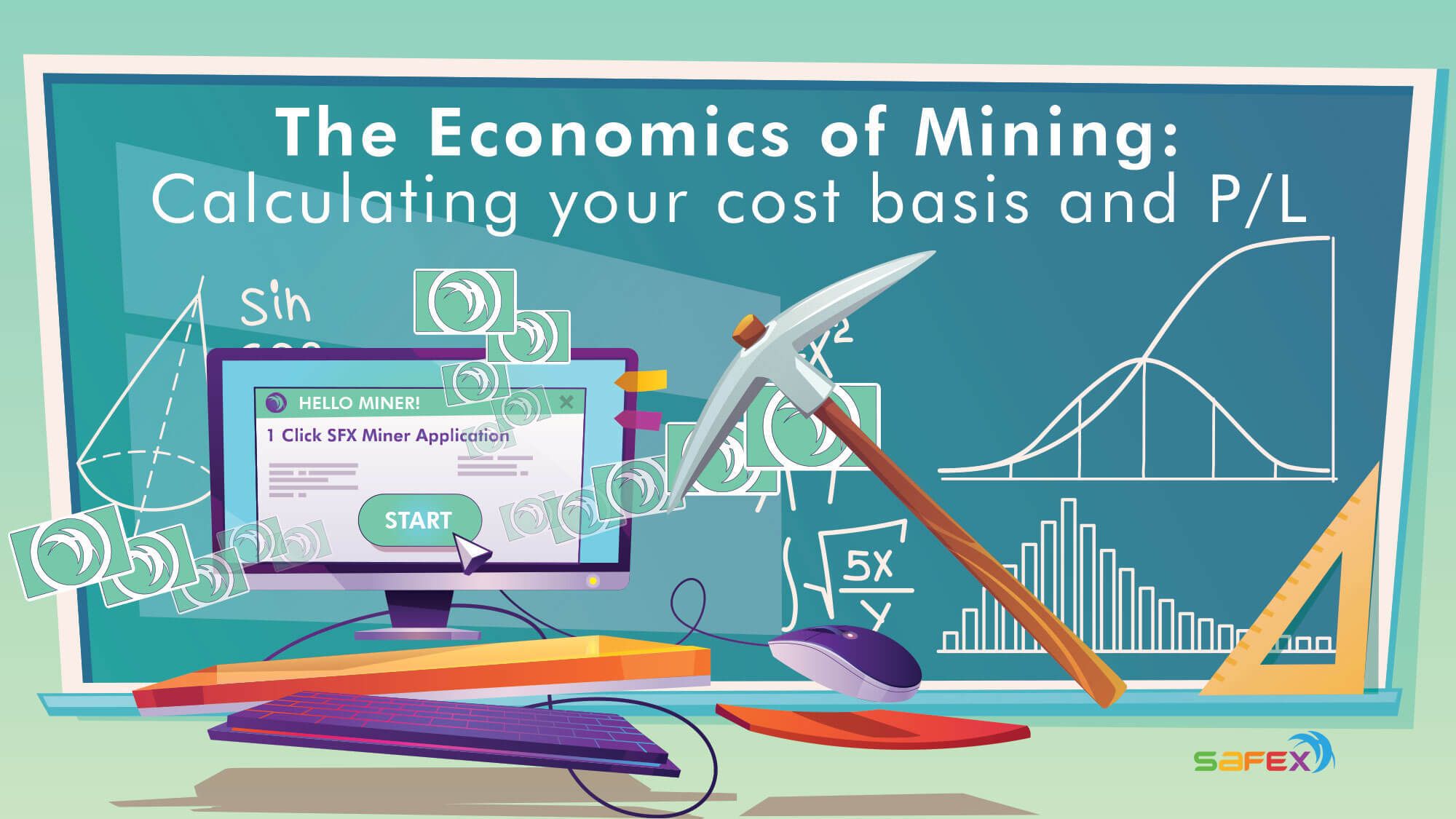 The Economics of Mining: Calculating Your Revenue

The mining profitability describes the profit margin of a miner that is based on his/her mining costs and the market price of the mined cryptocurrency.

Very nice!!!
Thanks for the extra work oli.

Thanks for so detailed update!

Other useful links for stagenet users:

Thanks for the links aussie, that was my first view of the the listings because I’m computer illiterate. I love it. It was worth every minute of waiting, love it. Thanks again!