Sails Wallet
During the past week Mirjana has developed wallet creation, decrypting the wallet, and opening the wallet. There by loading the keys stored inside. This means that we are now successfully operating the golang module together with the electron graphical user interface doing meaningful operations.

Developments are moving along perfectly.

During this time we also had a chance to improve user experience flows and we made adjustments to the wireframes to incorporate them.

Further, Stefan continued working on transaction forming so he used his time last week to work on implementing the output split policy. This is a calculation related to spending coins and tokens: when you make a new transaction you are using previously received transactions to form new ones, and the amounts in those new transactions are defined by the wallet. He has implemented this aspect. Next steps are incorporating this functionality to forming the ring signature which completes transaction sending. These are the next steps for the golang module to complete the Sails Wallet for safex cash and token sending/receiving.

Additional work went into parsing Orbiter keys file into the golang which is the same file generated by the CLI wallet. With this we will be able to reuse previously generated key files in the Sails Wallet. Also, Stefan and Edoardo have been porting more C++ code functionality into golang: related to methods for dealing with the Binary form of data which makes life easier for the development process going forward when interacting with the Safex Blockchain.

Additional endpoints that were needed for creating the wallet file were identified and aded as part of the integration into the electron GUI.

Stefan made advancements in the json RPC for the GUI to consume: create wallet file, open wallet file, store data from the user. these endpoints include the ability to store information related to bitcoin/omni (safe exchange coin). These were necessary to be able to support the migration system and bitcoin wallet functionality for those who were already having bitcoins and still have safe exchange coins.

We are discussing currently a tester release to make sure everything is on track for general consumption.

Safex Core
Marko spent the past week reviewing the monero bug bounty from hacker one. He integrated the major bug fixes and integrated them into safex codebase. These bugs were related to memory leaks and DDoS.

In addition Marko merged several updates from the development branch with code updates over the past months into the master branch and he is preparing a maintenance release.

We also discussed setting up a staging network, which is otherwise than a testnet: testnet is for new concepts we develop in our case at this stage particularly: marketplace. We are in progress to document these different networks and their purpose as well as a deployment of staging and procedure of moving code from testnet to staging, the tests needed to pass before reaching the main net for all of us to enjoy.

Some additional work on the Safex Core involved Stefan updating the safexd on the protobuf branch: to address a minor bug when golang would call blocks.

Marketplace
Last week we discussed integration of the marketplace functionalities directly into the golang module so that we can immediately integrate the user flow into the sails wallet as the features are made available.

We have continued work on the price peg user story so for the case when people are selling products they can subscribe to an oracle that will source the price from a third party.

For example: you want to sell a tea cup for 20$ but the exchange rate of SFX is 2$ so at this time you need to pay 10 SFX to complete the transaction.

Suppose 15 minutes later the price of SFX is 1$ then the price peg if it is a reliable provider would trigger your sell offer to now demand 20 SFX to complete the 20$ purchase.

We are also investigating partners to set up reliable price pegs to provide to the trading community on the marketplace when it is up and running.

Website
The state of the website is now in the final edit, going over the text, a few layout changes that are non threatening to the launch. We are all really excited about this new website as it organizes all of the information that we haven’t had in one place before.

Of course we will do an additional update when the marketplace launches to include the relevant information for getting people on board.

Concluding the launch of the website we will also deploy a marketing campaign that has been in the works for the past few months.

Migration Script
The next migration script will be run on July 27th, 2019 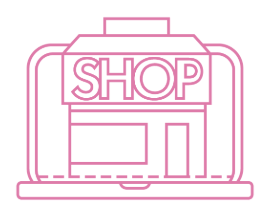 Thanks for update and keep doing good work. @dandabek do you have feeling (or some measurement/story map) how much % work is done till placing first version of MP live ? It is pretty hard to see how much work left.

It would be great if you can share the list of outstanding items that needs to be completed before the first mp release.