Sails Wallet (v8)
Last week Mirjana established the contribution guidelines to have a consistent flow for all developers who participate on the project. Furthermore we’ve established the foundation of the project and made an initial push to spawn the go lang module and communicate with it.

So now we have React <-> Golang action.

Further, Stefan was focusing on improving code related to indexing outputs. Outputs have different indices when they are being referenced, depending on the context. For example: there is a global_amount_index and a local_tx_index, depending on context where you access mentioned output. If used incorrectly these force the wallet to go haywire and that has been fixed now, along with few some other bugs related to output indexes.

Stefan also worked on signing inputs as part of transactions. This is part of translating the heavy c++ code we have currently into lightweight golang code to go into the sails wallet.

Additionally, Edoardo is finishing the data layout for the wallet. We had a few meetings during the week regarding that and how that should go including some recordings that we reviewed to establish a proper plan to accommodate the bitcoins keys if someone needed it, migration process and storage of data if it was activated, and most importantly the safex key storage and data storage related to transaction outputs and inputs. “So far everything is going nice.”

Marketplace v1 (progress)
The past week was a continuation on the user journey being developed into a graphical story map for development to be consistent and clear before hitting the ground running with code. This method of development will ensure time is spent specifically at the exact tasks needed to accomplish the v1 marketplace.

Additionally, a mockup and planning of a dashboard to display the total staked tokens, the interval timing for when revenue is paid, the accrued revenue and other metrics derived from this process will be displayed. The intention for this task is to add it to the website as soon as possible to have a clear demonstration of how the system functions. This information initially will be pulled from the test network that is running the token staking system and the demo marketplace offers.

Website Update
The website update is now in the pipeline for implementation. During the past week the set up for hosting the new site and a few pages have been already implemented. The task is into the ramp up with a more hands engaged in the process to optimize ahead of the release.

Safe Exchange Coin Migrations: June 25th
The next migration run will be June 25th which is Tomorrow. So if you want to be included in this batch, make your migration before before tomorrow 5pm CEST.

Safex Represented on Romania
Daniel spent the past weekend representing the Safex Vision at the Romaniablockchainsummit.com We are inprogress to hunt down the footage and get his speech posted to youtube as soon as possible.

Here is a snapshot from the event: 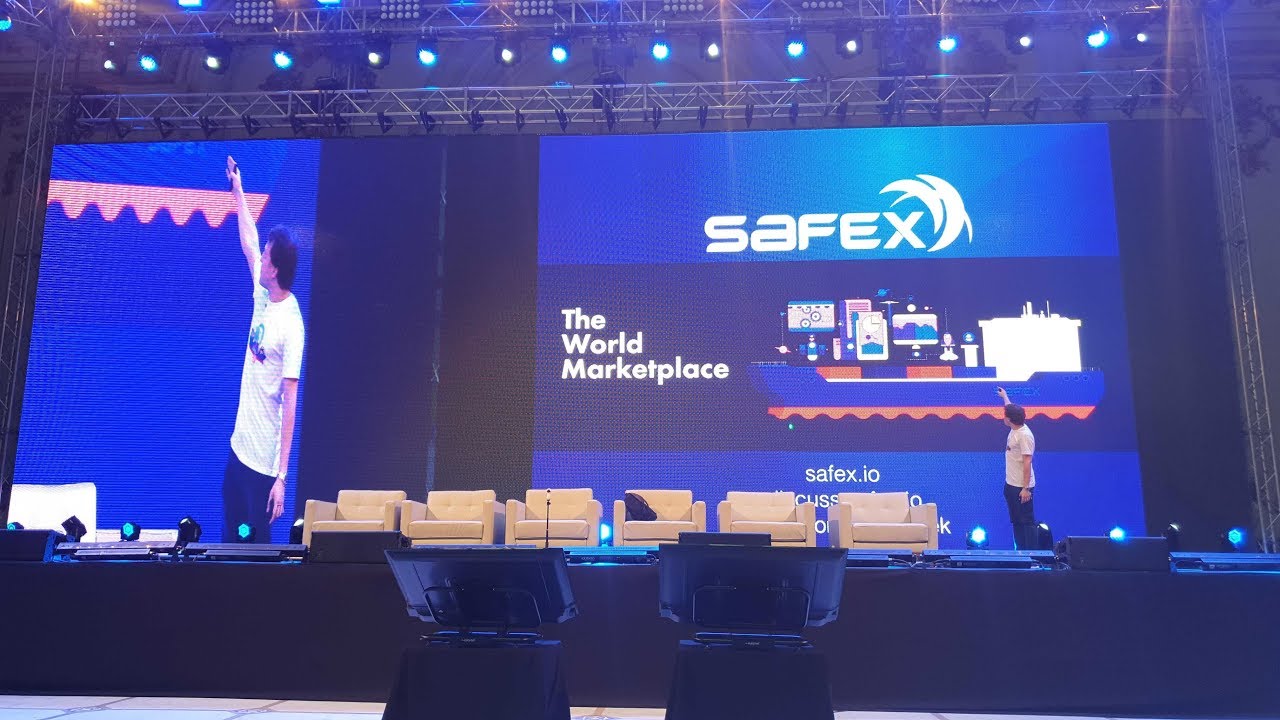 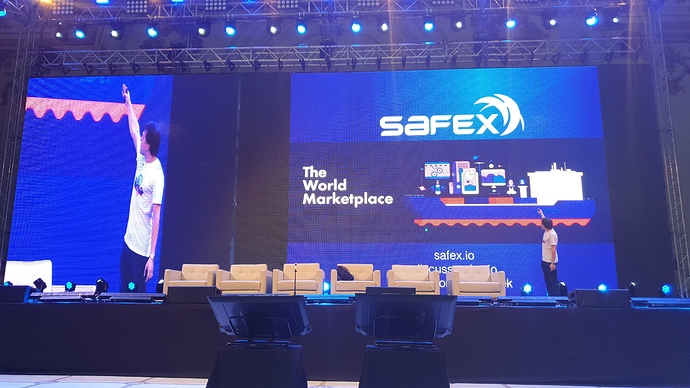 You look good up there, a leader, leading future leaders .