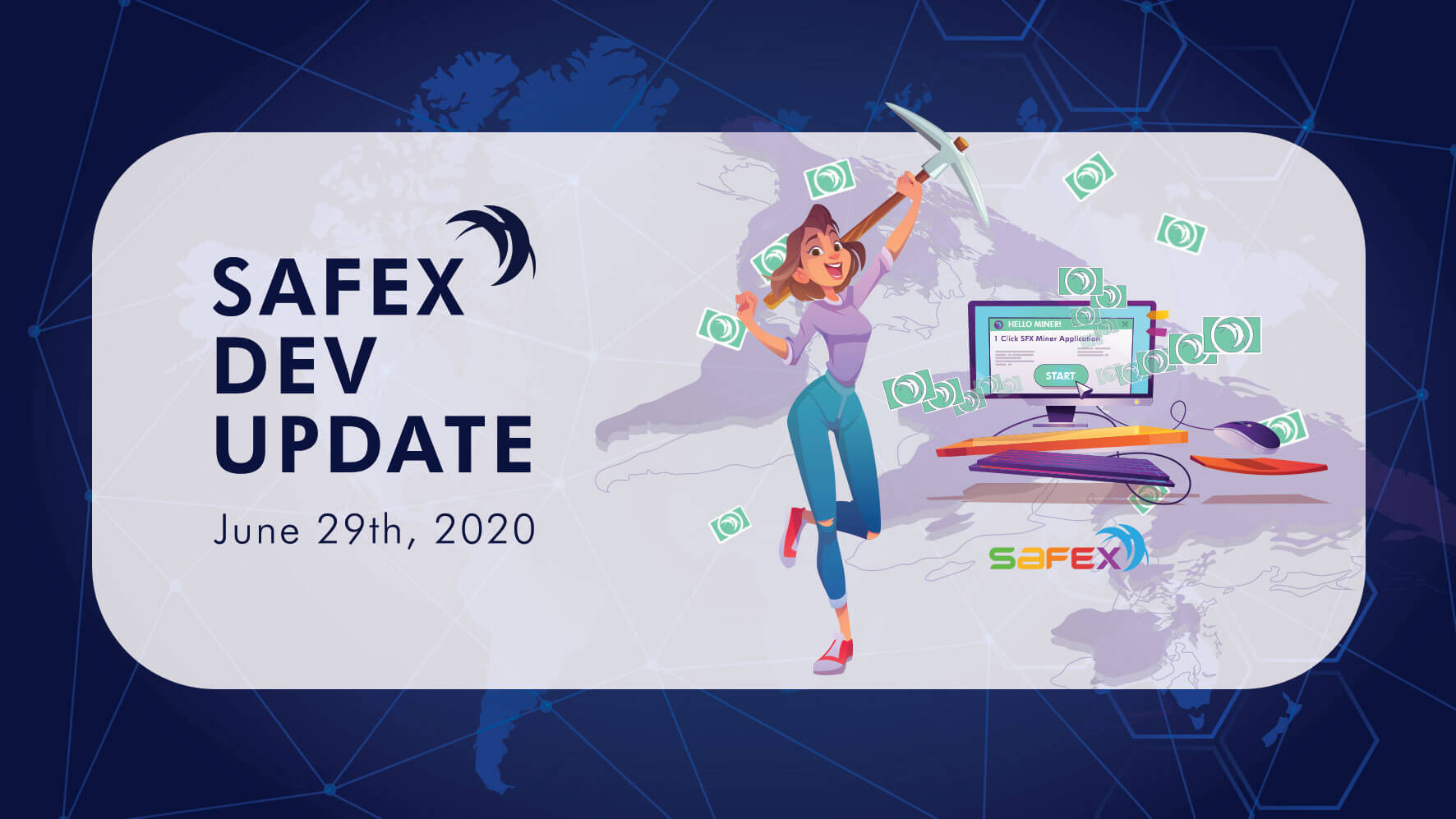 Stagenet Status
The stagenet is holding up to its own and a breakdown of the transaction counts up until now are present below:

We’ve put into place the pieces for releasing the first iteration of the TWM Wallet. Starting with the stagenetrpc.safex.org spin up, and a release of the executable for testing is prepared.

You should check it out at

There are neat stats and views of aspects like the existing price oracles among other information coming directly from the blockchain of marketplace data.

Here is a screenshot of some charts of the transactions happening on the chain: 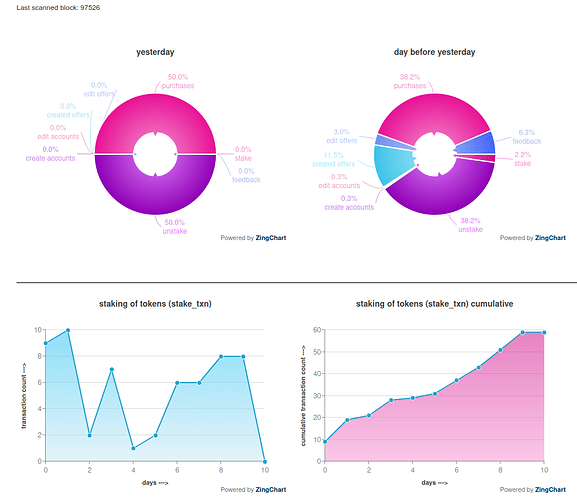 Really great to see the community getting involved in this type of development and we hope to see more in the future.

Progress Slowed Down
In this month with the opening of the economies after the covid19 situation there are many administrative obligations Daniel has had to take on which have caused some unplanned delays in the release of the TWM Wallet, though we are certain of the inevitability of completion. This also included an urgent trip from the US to Belgrade before the EU shut down to American citizens for the second wave of covid19 restrictions taking place starting July 1st.

Igor had also become ill and felt unwell (not related to covid19) during the last week and has recovered; however, we are grateful that the protocol is deployed on stagenet and performing so far as expected.

We’re not excited about the delay as no one would be, yet we are here and are on track for completion and launch reasonably near the timeframe we had targeted. Keep in mind that the protocol of the marketplace is already flowing, the veneer for the everyday user is all we are yet expecting.

Forum Domain Name Change
During the last week Daniel adjusted the domain name switch from safe.exchange to the now https://forum.safex.org

This move was in tandem with an ssl certificate expiration and a desire to conform information to one place.

Mining SFX
Remember you can still be mining Safex Cash with your CPU, and we have 3 tutorials on how to do just that from the Linux platform. As we clear through the stagenet 1 we will add more support for mining to the different platforms as well.

The safex.org mining tag will be continuously updated to support the community in the safex mining efforts.

And also remember that mining to the pool.safex.org bears no fee

Also this week, community news that the SafexNews Pool is being shutdown.

Anyone who is currently mining to that pool should take all necessary steps to change pools.

Ty for letting us know.