Safex Market Proof of Concept Test Net
During past week Daniel has been on the Malta Blockchain Conference and during that time he showed the Testnet demonstration of the marketplace functionality that include:

Further refactoring of the core functionality continued on the command hierarchy. Additional work went into development of a more usable command-line wallet and the wallet-rpc. So, the next steps on this front are to create a presentable application for mass users to test out and see the metrics of the internals while the final sprints for the version 1 marketplace are being put together. 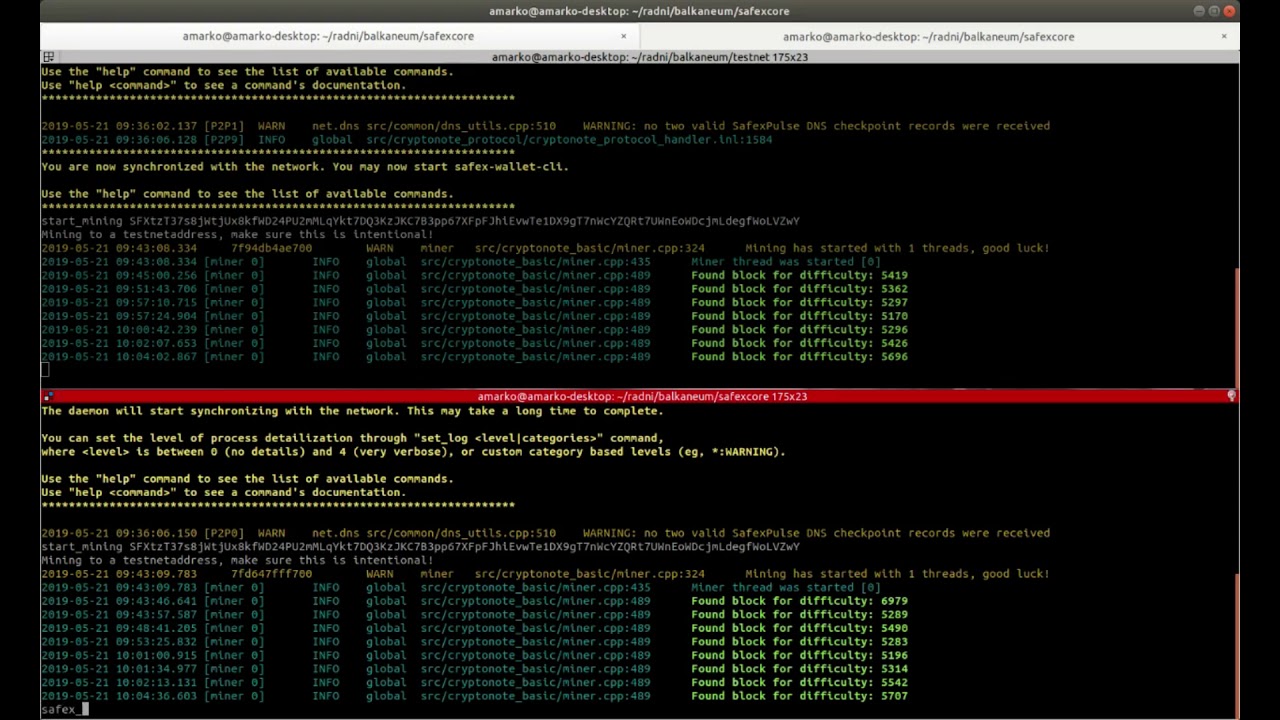 Safex at the Malta Blockchain Summit
During the past week, Dan has spent the better part of the week attending the conference where he had a chance to demonstrate our project in action to many industry insiders. He was interviewed by twitter.com/altcoinsara where was given a great chance to speak about what we’ve all been working on all this time.

Huge thanks to Sara for that, and seeing the vision that our community is bringing together.

Check out her recap video that features Dan, these are truly exciting times:
https://www.youtube.com/watch?v=c1V23lvDFq4

Updated Safex Wallet
We are going through a final testing of the bug fixes to the standalone wallet for Tokens/Cash. There is a healthy UI update as well that we sourced from feedback from our great community.

We discussed about launching it this week, and if the testing is cleared then we will do so this week.

Safex v8 Wallet
We have continued work on the wireframes of the new layout and user flow of the v8 wallet.
With this wallet we are incorporating the Safex Blockchain interaction directly into the same wallet format that we were originally using: for example in the v7 wallet and previous versions.

Structure for the approach to implement the many required features is already under way and in our planning we are focusing to expediently deliver the v8 which allows you to move past the migration step rapidly. You would be able to use Safex Cash and Safex Tokens in that wallet directly so this is good for everyone and this way we can focus directly on the safex token and cash network.

Here is the link to still sign up for the last day. If you are accepted you will receive an email from our domain: safex.io about next steps

Continued Tradesatoshi Issues
There still continues to be heightened aggression from the tradesatoshi organization, with indications from coinmarketcap.com warning customers about the exchange. So far many users are being systematically banned from the exchange and their balances withheld. This would constitute a criminal act by the exchange. I do hope that the organization of tradesatoshi move to remedy the situation by honoring withdrawals and simply moving on from this exodus.

Marketing Development
As brought out in last weeks update, the new website is in progress. This will be a multi-week project with an aim to be launched in June.

Most, if not all, of the long-term marketing efforts revolve around the new website. This means we’ll be ramping up our external marketing once the website has been released.

This week we thought it would be good to highlight a few features of the new website:

That’s just a few of the features that will appear on the new website.

Fantastic video. It’s no wonder Bitcoin won’t be needed for buying and selling when the marketplace is released. I hope we can increase our hashrate on the network.

So… Everything is good in the world! love it

Thank you for the update on the demo market place.

Excellent info, and the videos were great. Time to go shopping,again.

EPIC !!!
This is what I was waiting for!
GO SAFEX

Great video @dandabek. When can we estimate the next steps?

This is going to be amazing!

SFX to the moon!