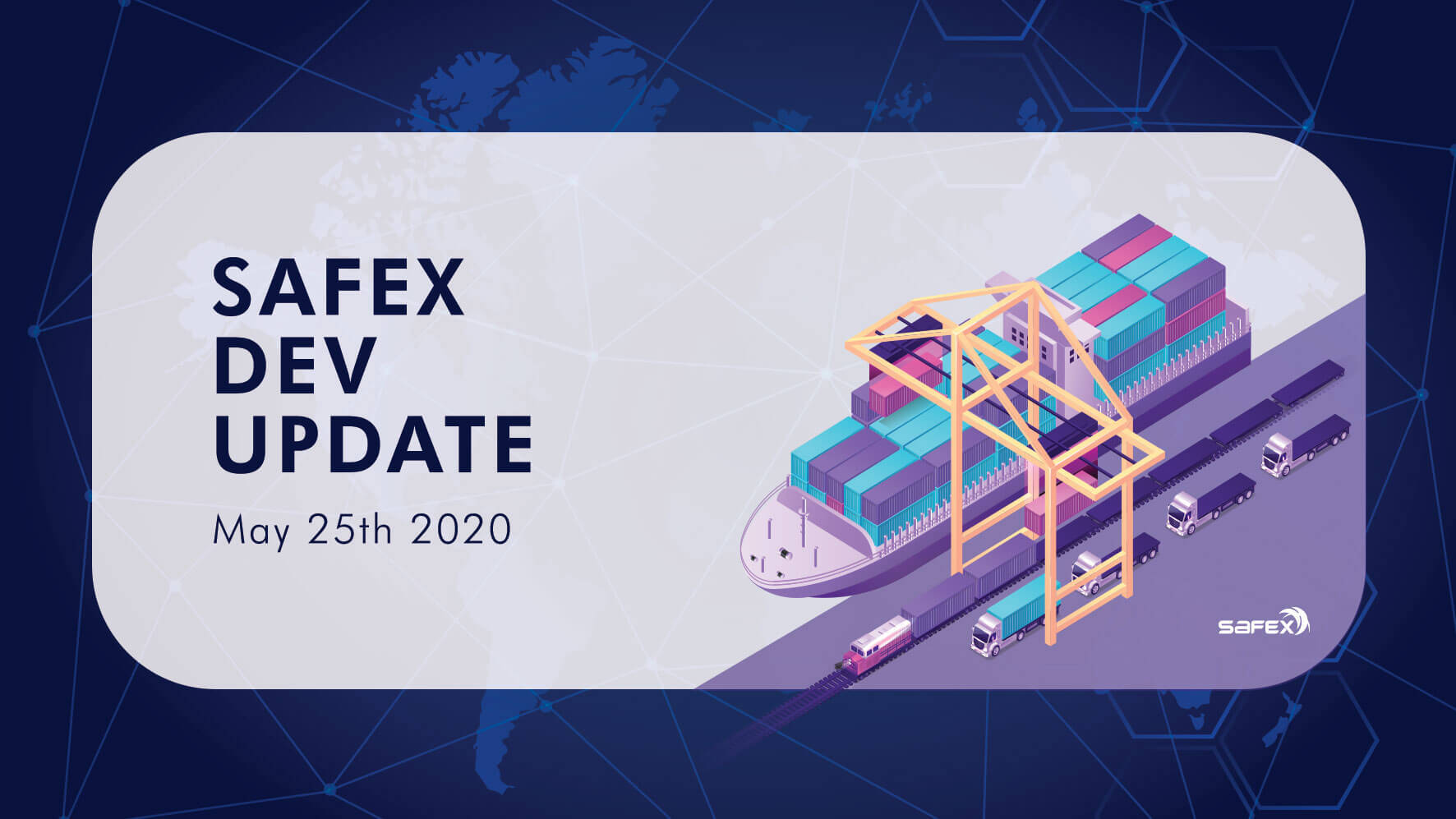 25-maj-20201772×997 133 KB
TWM Wallet | API
Last week the testing community got their hands on the staking iteration of the TWM Wallet which allowed the ability to stake tokens and unstake them to collect revenue.

Accommodating this feature required a few additions to the adapter that stands between the buttons and the blockchain; and along the way we also discovered some additional elements we would like to add so that it will be better to manage token staking and collecting revenue afterwards. Some of these additions are already underway and not high in complexity to be completed during the week.

We have thankfully gained some support from a community member who helped to rearrange some of the CSS on the interface so that it doesn’t have elements hanging off to the side and so text is better formatted. Still we are not developing off of a final design but we are able to arrange things in a manageable manner enough to confirm our path is correct.

Finally, we expected the purchase flow to be released today; however, with some hold ups from last week it will be in the middle of the week when we can confirm the purchase and fulfillment flow coupled with the TWM API.

If you missed the message during last week and wanted to test on the testnetwork the staking and unstaking here is the link: 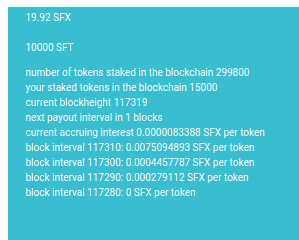 You can see a quick table showing the accruing $SFX per $SFT during varying payout period intervals.

Testnet 6.6
In this iteration we have introduced the more sophisticated transaction pool that sorts, orders, and looks up transactions that they conform to the order of operations on the marketplace. Conditions such as purchasing an offer at the same block that it was edited. The edit should take precedent and reject the purchase. These are issues that shouldn’t happen ever minute, but when they do, we want the correct outcome for users both buyers and vendors.

As discussed in last week’s update, data validation has been confirmed on the input/output level of the advanced transaction system. This was an essential addition that prevents nodes from going haywire if someone maliciously attempted to confuse the nodes into accepting improperly formatted data.

The Safex Token staking function was also refactored where it used to be two functions in order to accomplish the same goal it is now consolidated into one function.

This version of the testnet is available to download here:

Remember to use the --testnet flag to be sure to be connected on the testnetwork. This version does a total reset of the blockchain history.

Stagenet Release Strategy
With this release, our testing group will confirm it is ready for prime time and then we will prepare the stagenet promptly afterwards. The stagenet is a version that we will keep alive and invite the rest of the world who is willing to help us test this in the wild before launching it permanently onto mainnet.

Please tune in as we will appreciate everyone’s help in these stages. The testing will be ongoing for weeks at a time so there will be many chances to participate.

SFXOS | Plug and Play Safex Cash Mining
The SFXOS was announced completed a couple of weeks ago and the blog post in its final edit before being published. This should be expected to be available by tomorrow with a full write up on what to buy, how to set up it in order to start supporting the blockchain and earning safex cash mining rewards.

Posting this here as a recap of the release schedule. These are ball park dates based on results of live tests with the wide audience. Our expectation is smooth sailing due to months of preparedness.