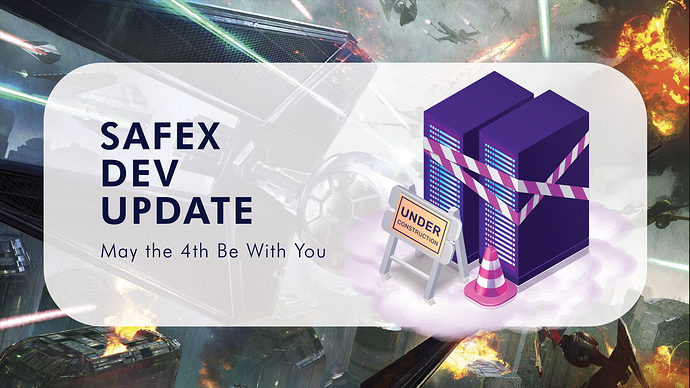 Safexcore: The Blockchain Marketplace Protocol
We are releasing testnet 6.5 today. In this iteration we are introducing a full set of seed nodes and have updated the config to simulate the live environment as it were on mainnet.

Alongside this update, we have fixed a bug in listing of the feedback on an offer where it would only return one even if there were many feedback on a specific offer. This bug was only in the retrieving of the data to be sent to the RPC level for usage by external applications. However, it is a critical element that the external facing modules are presenting fulfilling data so we’re glad Igor managed to clean that one up promptly and added it to this release.

The seed nodes are booted up and synchronizing to the test network and should be hot by the time you get around to the downloading the updated binaries.

Remember that you should use the --testnet flag to enable the test network.

In case you are trying this out: there is a video tutorial:

https://youtu.be/FCOUs2IinFo Hello, Here is a video guide that can help get you started with the Safex TestNet, setting up a node and solo mining TestNet SafexCash.

It is quite comprehensive so if you had time you can trial the marketplace test network for yourself.

Testnet Explorer Update
With the introduction of the new marketplace transaction types we have updated the block explorer to better handle parsing the data. This update is important for the visual verification of data that it be represented accurately as it is pulled from the blockchain. So the block explorer system did not yet recognize these new features we implemented, and now it knows a bit more. We will revisit continuously to refine the block explorer however you can follow along the activity of the testnet if you wish:

TWM Wallet | API
During the past week there was a lot of overhaul of the structure of the TWM Wallet interface. The navigation is now fully enabled: so people can cycle through the wallet, list of stored items, and their own offers.

A bug was found in the cash transaction system, where the committing of the transaction to the blockchain was couple directly with the formation of the transaction. Unlike in the Token module where it is two step confirmation. So Cash was corrected to conform to the pattern adopted in the Token system for the wallet. Now these are working as the should and are in a ready state.

Within this week a build for testing will be released that includes all of the latest restructuring in addition to the new interfaces for manipulating offers in the marketplace.

Marketplace Protocol Documentation
Last week, Ivana, and Igor spent time to go over the system and describe all of the marketplace functionality that has been produced. This was then double checked by Daniel and after some revisions we will then have a v1 of documentation. The next iteration will include a map of file names and code lines to function calls as well as structures how this system is all pieced together.

In the spirit of May 4th, May the Force be with You.

May the Force be with you guys!

And also with you ! Good job !

A long time ago in a exchange far far away…