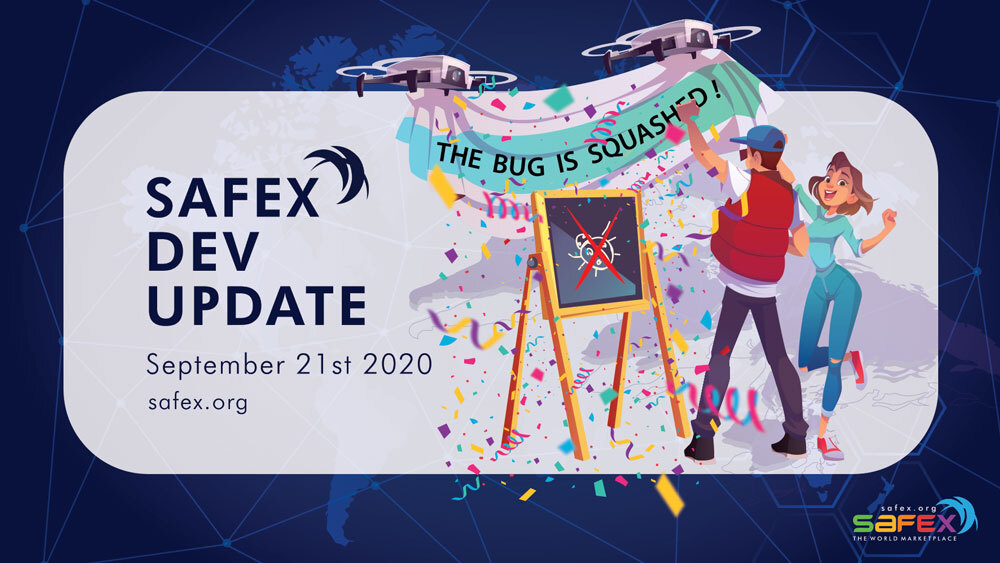 Stagenet 2
Stagenet 2 is going live this week, and we are going ahead without restarting the network.

There is only one condition as part of the Token Stake update you will need to do a hard rescan in the wallet to get back to the original position.

We are expecting this to be a great test of transitioning between versions and seeing that everything syncs up properly.

Igor will start the update process tomorrow, and publish the binaries for Stagenet 2.

TWM Wallet | Up to Date
During last week, Daniel ironed out the new pattern in the wallet advanced transactions and now the wallet is building and deliverable again. This comes after the big update to the C++ adapter which bridges the graphical wallet to the blockchain two weeks ago. Now that this is all seamed together we are able to complete the implementation of the wallet to the GUI and move forward with the final flow of contacting a seller and sending shipping info when purchasing, and finally of course the ability to leave feedback.

This week with the Stagenet 2 will be released the TWM Wallet for OSX, Windows, and Linux.

Safex.org website update
In the near future, next couple of weeks, we will be deploying an updated website and redirecting safex.io to safex.org

Safexcore
Igor wrapped up a bulk of testing cases and audits that covered the advanced transactions as well as the final frontier of the protocol which was a refactor of the staking system.

These are coverage and testing that audit the functionality through the entire flow:
New additional unit tests for the case of the potential issue of someone attempting to reference an uncontrolled account for an edit. This feature is covered, with additional probing and insurance that this feature passes correctly and in fact only the account owner is capable of editing the account.

A full scale audit for signature replay attacks is now covered. The case if someone attempted to reuse a signature from a previous transaction is blocked due to the requirement to sign transactions with the transaction prefix. Making it not possible to replay data and successfully sign that transaction.

Token staking audit concluded with new code that monitors and checks both inputs and outputs ensuring that each are appropriately assigned before being included in the block when taking tokens, and unstaking tokens.

Furthermore, an inprogress feature for unstaking will come as an update on the wallet side to allow you to select which token stake transaction you would want to unstake, whereas currently the wallet selects what to unstake without user selection.

TWM API
During last week the API was updated with user registration and messaging is following. At the moment it is now possible to store your PGP key with the API server and this will lead to spawn an encrypted channel between users on the marketplace.

Additionally, a new parser is being added to the block explorer to more easily utilize the data from the blockchain in other environments.

With the TWM Wallet now normalized the API integration can move in without the interference of that looming bug for reintegrating the C++ bridge into the GUI wallet, now squashed.

The update graphic is so cool!

The TWM Wallet for OSX, and Linux is here:

Windows will be up in the next days.

Good work Dan & Team. Nothing gets rid of FUD like progression and a working product.

Can’t wait for the windows version.

We’ve had word that this new version has worked on an old Mac OSX ver. Can you please test it out on yours, as you previously provided feedback indicating the previous ver didn’t work?

Thanks for the mention @aussiesloth. I have just tried to create a new wallet, and am getting the blue screen after initiating.

I do see that 3 files were generated from the application which made it to my selected destination for the keys to generated and stored.

I have let the blue screen continue for 10 minutes before writing this reply.
I can see that their active processes in the Activity Monitor, but I don’t think I will get past this point.

But due to my computers being tied to pro audio rigs, I have not been willing to update OS due to plug in compatibility. I am currently running High Sierra 10.13.6 (17G5019).

If it helps, the last version of the wallet I was able to and still am successfully able to use is the wallet version that was used during and up through the migration period.

I hope this helps, I really would like this to work on OSX and I hope my feedback can offer support in getting the TWM Wallet accessible to more users not on the latest OS.

Quick question, all though this is stagenet. Would I be able to open my wallet file that holds my actual SFT / Safex Cash to view, or is this wallet specifically to generate a test wallet and use stagenet2??

Quick question, all though this is stagenet. Would I be able to open my wallet file that holds my actual SFT / Safex Cash to view, or is this wallet specifically to generate a test wallet and use stagenet2??

This wallet is hard coded to stagenet, though theoretically a modified version would render your actual coinage.

Thank you for the feedback, we might need to a run a debugger version to see what is your case why it doesn’t load all the way. So far I’ve seen the rendering despite not working previously.

Thanks Dan, anything I can offer to support, just let me know.

@dandabek @aussiesloth I can confirm I was able to get the wallet installed on OS X using Catalina without issue. I would love to assist in getting the information you need via the debugger to allow High Sierra to be a supported OS for the TWM. If you can advise how I can run the debugger and get the info for the devs.