This has been an eventful week to say the least.

Last Sunday, Daniel and Nikola were in Poland for a conference related to crypto currencies.

We told our story: That the reason that we were compelled by the crypto currency world is because of the amazing possibilities that it brings that were never before possible. Sending payments around the world, to anyone, at any time… at low cost and without interference by third parties.

During the trip we met many new partners, and made new friends who are actively engaged in crypto currencies and world wide business activities.

While we had prepared the safex wallet for demonstrations for the event, it was built using a third party api which would not be usable in production. To address this we have established a dedicated Bitcoin node for consumption by our community.

In the next step we’ve built out our own api service to deal with our community’s wallet:

API to Safex stored on the Bitcoin Blockchain. Contribute to safex/servsafex development by creating an account on GitHub.

In the next step, we had rewritten the third party api sections for the safex wallet to utilize our new connections:

We will need to still package the binaries for download by the community which we will do tomorrow evening CEST.

It’s so amazing to see the community growing, and see the vision of secure trade using digital currencies.

Our team has been expanding and we have finally onboarded three economists who we will introduce in the coming weeks as we move into the Chille Blockchain phase and development.

When the binaries for the wallet will be published we will post an official “Safex Wallet now live” update.

My mistake (Daniel here), I was expecting to have time to code during the travels which was very limited. We will be sure not to set launch dates based on progress rather than planned events going forward. Lesson learned. 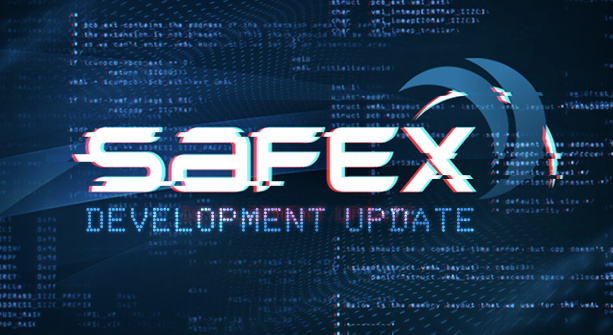 Thanks for the update, looking forward to it.

Now these are the kind of updates we like to see

good luck with the finishing touch!

Thank you for this! Very much appreciated. These shares are under valued based on the potential of this platform.

Excellent I’m sure if you keep people informed on the issues and where you are at there will be a lot less uncertainty. I’m holding for long term!!

Thanks for keeping us in the loop.

Now this is a good example of openness a development team should have.Thanks for the updates!

Thanks for the update nice!

Thanks for the updates. Under-promise and over-deliver is perhaps a good strategy…

Man! I’m so hype about SAFEX!

So grateful to learn of your growing experiences and interactions at conferences and discussions in the Crypto space. Learning so much from your journey and looking forward to connecting you with our work in Colombia in support of the Post-Conflict Zones, greater transparency and forging trust through a beleaguered part of our Planet!