Safex Marketplace Proof of Concept
We are starting to wrap up the demo of the token locking/unlocking fee reward taking functionalities as well as the test_sale transaction that generates revenue share from the marketplace. There are yet many optimizations that we intend to continue to develop; though we are now starting to bring the proof of concept to port to be tested by our community.

One of our goals is to present a demo as soon as possible and to release a general demo application sometime in June.

Safex Wallet - Update
We’ve solved bugs for the users who were getting a blue screen which rendered the wallet unusable. We are taking the time and planned out some additional features to add into the wallet before releasing the updated wallet. We are planned to release the update next week.

Safex v8 Wallet
The v8 wallet wire framing is underway. We are rebuilding the v7 wallet in order to accommodate SFT and SFX. This v8 version will include the migration process, but generally it will be hidden unless you have a SAFEX balance. Also planned are improvements to the migration system to detect any anomalies and better guide you to through a proper migrating experience.

The v8 will still support bitcoin and if you’re already using v7 you won’t need to do any special importing of new files. If you completed migration already you won’t need to import/export keys, they will be automatically detected.

We are working on a delivery date for the v8 wallet, and will of course keep in touch with the progress and specifics.

Safe Exchange Coin (SAFEX) rebranded on coinmarketcap
During the past week, coinmarketcap.com completed its update of the technical aspects of integrating our new Safex Token on our independent blockchain. 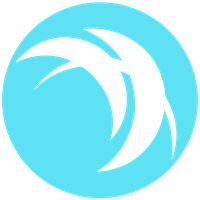 Get Safex Token price, charts, and other cryptocurrency info

The circulating supply is in real time connected with the migration process:
http://explore.safex.io/api/totalsft

So as tokens are migrated they appear in the circulating supply. Also the markets section, we dropped Tradesatoshi and have the latest: coindeal.com and livecoin.net

Tradesatoshi Delisting
Many people are reporting issues with tradesatoshi.com for withdrawing the old SAFEX token. Please collect any evidence of your deposits/purchase/withdraw attempts/support communications/etc just in case to ensure that your assets are properly documented. If you are among those who can withdraw reliably, please do so as soon as possible, and migrate to Safex Token.

Marketing - Website
A lot of progress has been made with the design and visuals for the new website. We invested substantial time in the new design to give it a clean and fresh look. The simple and easy to navigate UI will give the user a pleasant experience when browsing the Safex website. We’re focusing on ways to ensure that the different types of users (Miners, Token holders, Merchants/Buyers, etc) all have their own section of information.

This week will consist of the actual coding of the new website.

We’re looking to release the new website some time in June, with a more accurate date when we get closer to it. I think you will really like the new design.

Marketing - Promotional
Facebook has recently lifted their ban on cryptocurrency related advertisements. Our previous promotional strategy was designed with the assumption this ban would never get listed.

However, now that Facebook Advertising is now an option for us, we’ve now added this to our tool set. It will really help us to approach new users outside of the core community who are involved in certain niches and demographics. It’s very exciting what potential reach we can achieve with this.

Last week we spent time brainstorming our approach to market through this platform, and which target groups are good to start with.

You probably wont see much of this happening until the new website has been launched. The website will be the central hub for all information and education about Safex. It will give us a much better chance of engagement if these potential new users are landing on the fresh new website.

Safex Development Community Program
We’ve also extended the deadline to sign up for the Safex Development Community Program. A lot of people are turning up finding out about the Safex project. That being said, in order to get everyone the time to sign up who really wants to, we extended the deadline to sign up by a week: until May 27th, after that we’ll close this round of onboarding testers and organize the group we have now.

The Safex Development Team is actively developing the marketplace platform and could use your help to make it as best an experience as possible. While the Safex Community is enthusiastic and active, we want to create a close group to whom we can pass...

As much as I hate Facebook, it’s a great thing they lifted their crypto advertisements ban. Sadly Facebook is where all the people are.

Another great update. Informative and confidence growing. Thank you

Awesome !
A great website is key !
“Using” Facebook is good when it benefits, bad when you depend on it or rely on it.
They can ban you when ever they want.
It’s their platform !
A Safex website should be a utility for all.
Where you get what you need, want, privately, with no alphabet data collection agency behind it !

Agreed. Facebook has its uses, but not something to rely on.

Our entire marketing plan was based on the assumption that Facebook would keep crypto ads banned. Now they’ve lifted it, it’s an extra tool in our toolset. We still have lots of other avenues to approach, so if Facebook decided to ban the ads again, we’re no worse off.

The way we consume media today has changed. Before it was email marketing, print advertising, etc. We have to adapt with this if we want to get the attention of every day people.