Safex Development Community Program
This week we’re launching a brief application form for those of you who want to participate in depth with feedback and testing of our software. Usually we use turn to the Balkaneum staff to test new software, though these tests are too perfect since the team is thoroughly configured for our software.

That said, we would like to expand our reliable testing group to members of the Safex Community. This is an engaging position where members are expected to be active and response to inquiries or tests within days.

Tests would consist of publicly available code and feedback would be expected promptly so that development can process and act upon it. They will also include feedback on concepts related to application flow.

For this reason we may preference to invite those community members already using ecommerce platforms; anyway please apply if you are eager to contribute 4-6 hours a week. We hope to meet with 20-50 participants.

The Safex Development Team is actively developing the marketplace platform and could use your help to make it as best an experience as possible. While the Safex Community is enthusiastic and active, we want to create a close group to whom we can pass...

Safex Marketplace Proof of Concept
The team continues to integrate the full system for token locking, unlocking, fee generation, calculation, and claiming. Concluding this test we will be developing the user flow of the marketplace, having established the scripting pattern on the token locking system, which is not subjective it can only work one way.

The significance of making user stories is to direct the next stage of developer resources most effectively that gives us a usable marketplace within the following months.

Safex User Stories
Last we continued building user flows for the marketplace. These will guide the future of the Golang progress as well as establish the user interface for the marketplace application where people will be able to buy and sell over the blockchain.

The Safex Development Community Program is one of the ideas we came up with so that we can test our ideas on a larger group of knowledgable people. This initiative is indicated at the start of this update.

Safex Wallet
Following the release of the standalone safex wallet, there have been some isolated cases where people were not able to open the application. Last week we’ve discovered where the bug is and will release a patched version this or next week.

If the wallet is working out for you, there should be no problems for you to continue using the Safex Wallet for Tokens/Cash. It’s continuing to be a successful wallet for many so far.

Tradesatoshi delisting of SAFEX by June 1, 2019 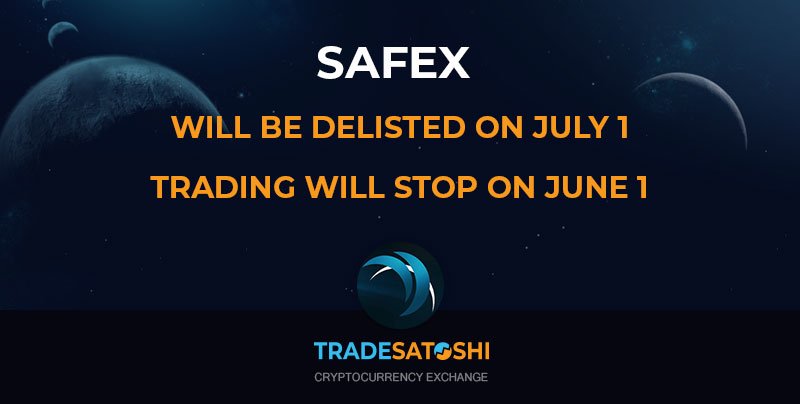 Due an ongoing swap on SAFEX, trading will stop on June 1 and all users must withdraw their SAFEX by July 1. For more information please contact SAFEX developers

Our proposal for going forward with the delisting of the old $safex and in with the new $sft and $sfx on TradeSatoshi https://docs.google.com/document/d/1vcbmGrDmErJRuiMaiToyWolx4j9YL6X-Wfu1QlDlUYI/edit?usp=sharing … https://twitter.com/TradeSatoshi/status/1123825845494218754 …

On Friday Tradesatoshi.com announced an earlier delisting date for SAFEX to June 1st.
This means you should withdraw your SAFEX as soon as possible in order to not lose your holdings. Or risk thereof.

The necessary wallet is still available for download it is known as the v7 wallet:
https://safex.io/migrationwallet

Our proposal to have Tradesatoshi to migrate and list the new market has been rejected by Tradesatoshi.

It appears that their management is different than the one that rallied to our cause during the Bittrex delisting, and I am grateful to that team. Since we were able to focus on development and avoid the rabbit hole of token listing especially since only 9 months later we released the new Safex Token and Cash and the migration process. Now we have for those two coins a few successful listings on reliable platforms, and let’s look forward to more listings and ways to get get in our crypto world.

You can see the proposal that we had prepared internally the initial anticipation of the Tradesatoshi conversion.

Our proposal for going forward with the delisting of the old $safex and in with the new $sft and $sfx on TradeSatoshi https://t.co/COtQYlcdvs https://t.co/JhPOlSb1vh TradeSatoshi Transition from SAFEX to SFT

Transition from SAFEX to SFT Safe Exchange Coin (SAFEX) made the decision to move away from the Omni protocol/Bitcoin Blockchain to its own native blockchain: Safex Blockchain. SAFEX coin has been rebranded to Safex Token (SFT). SAFEX will be...


*this proposal was rejected by the new tradesatoshi.com management.

Marketing
As brought out in last week’s update, we’re pushing forward on an updated marketing initiative. This is all gearing up for the launch of the marketplace.

Cornerstone to this is an updated website with all the latest details so that investors can make an informed decision.

We’ve got the wireframe sorted, content strategy in place, and a quite in-depth SEO strategy that will help us tap into a wider audience both in and out of the cryptosphere.

The next step here is for the designers to visualise the website as a whole; looking at the interfaces, considering the user experience, and tying in with our overall refreshed brand guidelines.

Hopefully once the visuals are done we can share them in a future update prior to the main launch.

Finally
Since most of our development team is based in Serbia, and despite the Orthodox Easter holidays taking place during the last week most of us still had our finger on the pulse and kept steaming away. A true testament to the commitment that our team has to make sure that the world becomes activated with our cryptocurrency driven commerce platform.

On behalf of the The Safex Development Community
Sincerely,
Daniel Dabek 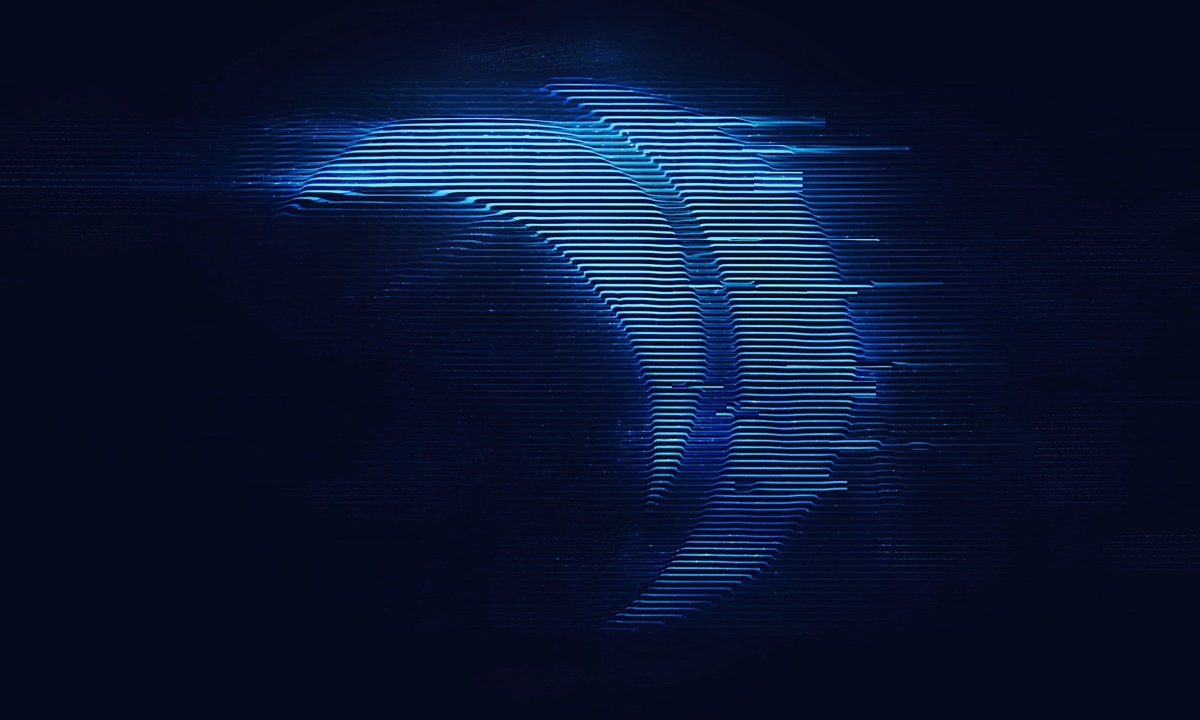 Another great update. Thanks team!

Yes, I am willing to help. Am I competent to help is up to y’all.

Uhoh,I read the application. I’m below noob. Sorry, hope you get your 25 people

we’ll accept a whole range of types of users, but of course to focus on getting all types of people into this in order to capture the most diverse range of feedback

On Friday Tradesatoshi.com announced an earlier delisting date for SAFEX to June 1st.
This means you should withdraw your SAFEX as soon as possible in order to not lose your holdings. Or risk thereof.

Are they requiring KYC identification now?

Anecdotal evidence suggests different people are being subjected to different requirements for TS withdrawals. Some are having issues, others not.