We are currently on the last stretch of an amazing tour that we kicked off in Tokyo, Japan to wind up visiting Croatia, Switzerland, and Poland twice during the past two weeks. Our office refrigerator is starting to shape up nicely with magnets as suggested that our office fridge looks lonely.

^^ yes we are updating the community about the Safex refrigerator.

For the next three weeks there will be put forward a number of developments, that the development team has been thoroughly planning and working out. Next three weeks will see tons of software implementation related to wallet and blockchain.

First up is the Safex Wallet v3 to be released next week between Sunday and Monday. This will include the signed versions which will show the Safex Developers as the creators. We hope that we have solved some of the issues that Windows 10 users have been experiencing when trying to send coins. Also this should allow people who use antivirus software to be cleared as well.

We’ve taken a decision to withhold release of any whitepaper. We thought about sending out an abridged version as well. Yet it is unwise. This decision did not come lightly. There are so many ICOs and groups launching a lot of junk based on whitepapers and pure rip offs. We would do ourselves a huge disservice and the global community by allowing someone to take the concept and launch it themselves without intending to deliver. It is no big deal to say you are making a marketplace, but it is a big deal when you’ve figured out the issues of existing cryptocurrencies from a deep experience with them. Hired the people who can help you make it right, and then squander the execution because people are used to investing in unexecuted whitepaper content.

That being said whitepaper content will be released during Alpha (end of the year), and Beta (Q1 2018). The same way that Bitcoin released it’s whitepaper which is: just around the time of launch of testing.

Due to issues with slack and constant bot spam, we are starting to use Discord: https://discord.gg/UCGnxz

^^ that’s a link that will last for 24 hours. Be sure to share with everyone. A new link will be provided during the next update.

A big shout out to everyone around the world who has identified Safex and appreciates the vision that were are materializing. We are going to bring mass adoption to cryptocurrencies and we’re doing it like no one ever before. 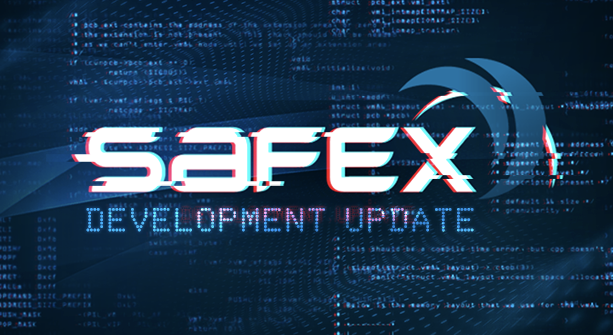 Good to hear the refrigerator is getting some much needed love.

Glad to hear you decided to play the white paper close to the chest. Shake out the non-believers and more safex for us!
P.s. sweater

That being said whitepaper content will be released during Alpha (end of the year), and Beta (Q1 2018). The same way that Bitcoin released it’s whitepaper which is: just around the time of launch of testing.

I prefer “showing” over “telling.” Alpha is going to be big deal!

Thanks for the update.

Thank you for the update!

I like Safex’s approach to not hype things up. Focus on the core and good things will come.

Thats good call on white paper, we are with you

for brighter years ahead

I expect more regular updates of the refrigeration situation haha

Cheers for the update, all sounds great, keep it safe!

Perfect, I heard all I needed to, thanks for keeping us informed but keeping what needs to be quiet at the time also. This team gots this keep iit up!

Next three weeks will see tons of software implementation related to wallet and blockchain.

This gets me real excited!

Thing that makes me happy is the fridge! What’s inside?

but it is a big deal when you’ve figured out the issues of existing cryptocurrencies from a deep experience with them. Hired the people who can help you make it right, and then squander the execution because people are used to investing in unexecuted whitepaper content.

Happy to read this. Keep up the good work!

Thank you for the continued efforts to pursue a different course with this project than other cryptocurrencies. It is refreshing, as an economist, to see a group applying some insight into a space that has yet to truly realize its potential.

The idea of putting off the posting of the whitepaper will prevent undue attention ahead of the Alpha, allowing for further investment by those who uncover the value of this project through their own due diligence. Looking forward to seeing the paper when it comes out and responding with additional thoughts and commentary.

Keep up the good work!

Thanks for the update! Great to see such open communication as always from you guys. Absolutely behind everything you’re doing 100% and couldn’t agree more on holding back the whitepaper until Alpha. I grow more excited every week as I learn more about the project and what you guys are doing (and as I build my mini Safex empire of coins

Thanks again and sincere appreciation for all the hard work you guys are putting in for the community and greater vision of Safex!