So this why why the exchanges have their wallets turned off.

By then there is probably another decentralized marketplace that took over as the main crypto marketplace and even when our technology is 100x better it’s always hard to be the later one coming.

Better they remember in two years, that the marketplace is running for 1 1/2 years already and innovators are happy, so that early adopters are ready to come in.

It does not have to be perfect when it comes out first, just no security issues, functions can always be added with time…

The exchanges would need to update their node for sure.

And given the cause of the hardfork, they may also want to look at any big deposits of SFT.

unfortunately for us safex bag holders, there is already another decentralized marketplace, Particl, that launched in 2019 and is moving forward fast

I wonder what sets Safex apart from the likes of OpenBazaar, Particl and Syscoin? I believe there are other centralized and decentralized markets. Do we know how these other marketplaces are doing, and if there is room for Safex to compete profitably?

None of these platforms have elements that allow them to be decentralized. They are using masternodes whereas currently our community is smaller, as it continues to grow it becomes more branched. A masternode network is rarely at all decentralizing because it can not realistically since tokens make more tokens.

It would be good to check if they are progressing with market volume; yet, again there is no incentive for any of these platforms to reach any market volume: safex token is highly incentivized to generate market activity.

Also, at this stage of the industry and even into the future there is room for more than one platform. Just because Safex takes a majority of the marketshare going forward does not mean that these other guys need to hang their hat and forget about what they were doing.

Why do you continue doing this? Everyone knows there’s no marketplace coming ever. Take the money you scammed from the investors. Give Rich his cut in this scam and then disappear somewhere. At least it will enable the investors who lost all their money in this to move on.

Even in your last video, you couldn’t help yourself and lied AGAIN saying the marketplace would have been launched if it weren’t for that supposed hack.

No one believes you anymore. Quit it.

Sorry Gabbie: but I did not profit from safex tokens issuance apart from 50k in 2015 when issued 99%.

So I don’t understand to which investors you are referring exactly.

The only folks I am thinking about are those who are contributing to the movement however they can through volunteer work or a donation for example to exchange listing. It’s ok I understand you can be frustrated with buying a token or investing your energy in waiting for this as a merchant.

You can not discount either that there is a marketplace iteration on the testnet. So you are just idk who you are or what your intentions are with your comment, but they are completely unfounded.

No problem. This model what we are doing is not so easy to pull off. The other token projects issue and issued coins where they are owners 100% for example particl sells to the market their coins and are funding development that way: they had an ico and have a pile of the tokens for free and sell consistently to the market. We don’t have a funding mechanism at all of that sort and the only reason we were able to even get a handful of developers going is from funding from my own earnings.

I do hope that if we are successful with the platform that token holders contribute to the development costs going forward: it will be the only sustainable way.

I care only about this work and I believe that it will pay off when a decent version is clickable by merchants.

You’re absolutely wrong, there are a lot of people - me included - that follow the development and see how a lot is moving forward and marketplace is coming, there might still be some delay, I don’t hope there is anymore, but if you ever have written any software you know how much unforseen can happen and it’s great to see Dan and the team still working hard despite all the difficulties.

But calling it a scam is rootless nonsense, sorry, and whoever this “everyone” you are speaking about is : tell him he’s wrong and he should gather some informations before he forms his opinion.

Wish I could do more! I’m attempting to pick up some coding experience online now through the likes of edX and Coursera. I’m 58 years old so learning moves along much slower for me these days. But I’m getting a good sense how difficult all this is that your trying to do. I hope you are still enjoying it

I don’t mean to speak for anyone other than myself, but if this project is successful then I as a Token holder am successful and I would want to do my part to contribute to that. When the mainnet marketplace launches it would be good to ask the community what they think is fair to help fund development costs. I do think the community would need to have some say in that matter. In a way we are all stock holders.

Hope we get there soon

I learned part of the peeps understood I was sharing my goals and plans, the other part resorted to you lied , you don’t keep your word etc Morals of the story it’s all about perception You invest your money into a project,. Logic dictates delays, problem, issues missed deadlines. The question I have, why you peeps invest your money If you prefer to post negativity on here driving others away. Definitely not team players IMO) Reading this your definity not a team player, why are you here is the ?? Now

Balkaneum/xcalibra are set up in conjunction with Stephen Kines and a few others. He’s not entirely on his own. There’s some paper trail but not for the 50k in btc from 2015 or what it was used for. Since balkaneum didn’t exist until 2018 there should be a paper trail or txid of who/where the ico money went if everything was done by the book (you can’t just take ico money and spend it on shoes etc). Chances are it went to several failed early developers (Chile developers if you remember) and paying people like Milan to advertise the project in 2017.

Actually you are not far off: and there is a post about this in 2017; we prepared for what was supposed to be a third party app on maidsafe.

We were not planning to have to build an entire backend so I didn’t expect to raise more than 50k. In fact I was targeting 30k

2 things changed: competition, so now need marketing elements involved and building a complex backend which we see as the safex blockchain.

instead of spending my 3k monthly I saved it and with the rise of bitcoin I was able to allocate back into the project. So I don’t feel anything wrong in how I am conducting finance. How few people on this earth would do the same I am not worried about it. Note: by now monthly server costs for seed nodes/wallet nodes etc is over 2k/month going on into a 3rd year

I don’t think I need to explain what you’re doing. You already know it. The others might benefit from an explanation however.

So the process is the following:

You fud the coin in Discord, see the price drop and buy some.

Then you post some updates about fake progress in the project (like the one you posted today). Or you post fake tweets about being “so close” to launching (example). How can you have been so close to launching nine months ago and today have nothing? It was obviously a lie to bring the price up.

That’s when you sell.

And there you have it. You make money off investors who believed in you. Whatever amount you accumulated in 2015 has nothing to do with it.

And yes I can discount the supposed testnet marketplace. You’ve lied about an alpha marketplace before right here. And you’re doing it again today and again people are falling for it.

This will only work for some time though. Eventually you’ll exit scam and that’s when it ends.

Thanks for further exposing your true feelings that are are falsely placed.

You are going in circles with false accusations first it was the ico funds now its something else. 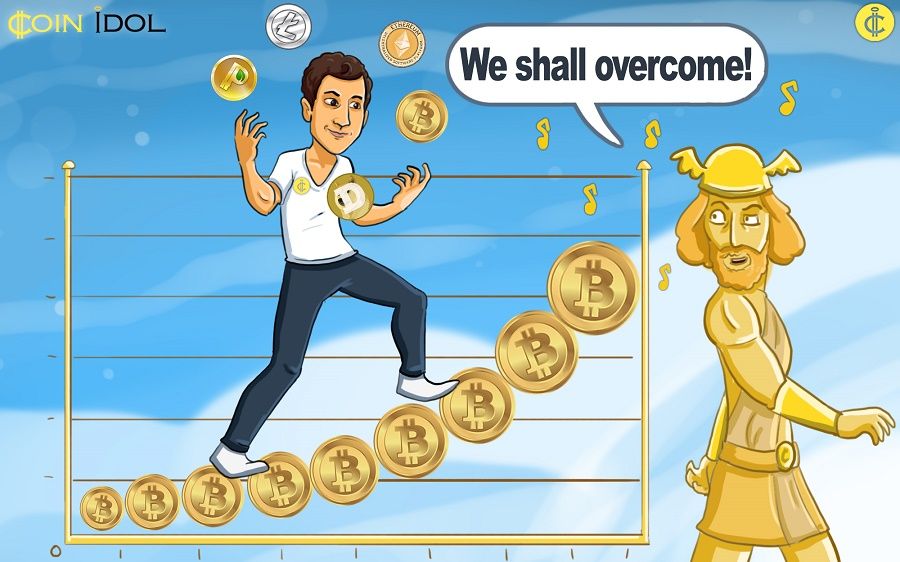 There are dynamics in Bitcoin that regulate the available supply which affect pricing. In this article we will focus in on the Bitcoin Halving and its historical pattern and relevance.

My prediction post halving 2016 was 3.5k which was good considering 500$ was the price when I wrote the article however the price of bitcoin surged well up to 20,000$

Either way this let the project still have some funding that allowed us to kickstart things.

@gabbie, if you want to keep with your conspiracy theories you will need to find a new place to do it because it is thoroughly sick what you are doing. Alpha shop concept turned into an easy excuse past devs tried so they can avoid doing the real marketplace. The testnet speaks for itself right now. Really. Get lost.

I don’t know if today someone is selling or tomorrow someone is buying I can not control that, and I would not risk my stash that I worked hard as hell to earn, and even bought at 600 sats and 800 sats. Seriously whoever you are, live your own life you are wrong on every account.

Deadlines are set by me, and I break them, and not because I wanted to break the date I would prefer to be online already.

It is not possible to exit scam because I am not in possession of the asset; unlike other tokens where the supply is held centrally, it simply isn’t possible: I have documented 38m tokens. that would mean that somehow only I am able to sell my 38m tokens??? GET REAL!

There are 5 people in the discord who eclipse my holdings. Please. move on. go away. you are annoying and trolling at this point. We don’t need it and I won’t be spending anymore time trying to rehabilitate you. Go break bottles or punch a bag don’t bring your rage here for your own misfortunes.

So yeah a real expert

Wasting Dan’s precious time and ours.

Good times are a coming !

Did the 3rd party security audit ever happen? Do you have a link for it so we can all read

We’ve had 2 years of auditing by the team, There aren’t outside consultants that are knowledgeable about this technology stack who are qualified to conduct an audit. These issues are long gone and resolved. And the extensive testing we’ve done is the best audit you could have done.