Hi Guys! Can you Please vote for SAFEX on this exchange. Thank you. https://nextexchange.featureupvote.com/suggestions/2400/safex-coin

bro, you should erase that headline!!! for real fake news

Definitely a click bait title, but if it works it works lol.

Also you can vote multiple times. So vote on your PC, your phone, your wife’s phone, your kids phone, your smart refrigerator (who buys those?), every device you have!

Also you can vote multiple times. So vote on your PC, your phone, your wife’s phone, your kids phone, your bosses PC, your smart refrigerator (who buys those?), every device you have!

Most likely find if you clear the cookies for that site you can vote again.

I mean yeah, I guess you could do that too Mr. Smarty pants.

Make us non-techies look dumb over here for confiscating all the devices in our home.

I personalty vote with my toaster.

Trying but my vote wont save?! if I refresh or leave the page then go back to it the vote is gone. Must be the Russians!

Can you go back and check your vote is still there? Any device I use to access the website has being showing 64 votes for the last hour.

I just voted and it jumped to 65 votes.

Damn, you are right, it registers but when I return it’s removed the vote again.
Also I am using a mobile

Just checked and it went back to 64 WTF!

I’ve emailed next.exchange and the platform the voting is hosted on. I suggest you do the same so they can’t ignore it.

'Our voting system has throttling that automatically kicks in when a suggestion gets too many votes in too short a time. We do this to keep the voting fair.

Within a few hours from now, you’ll be able to vote for that suggestion.

…Seems a small number (after 50 votes) but I guess they want to avoid vote manipulation… Which to be fair was exactly what I intended to do.

EDIT: It’ll be an effort but I suggest we all keep an eye on this vote and get those 50 filled as fast as possbile each time the vote gets unlocked.

Still at 64 votes on my end. How long is the cooldown time?

It has cooled down now everyone get voting as It’s just worked for me!

Is that a sin Jesus? To cheat like this.

It most certainly is not, your loyalty will be praised!

Maybe we can get john to vote too 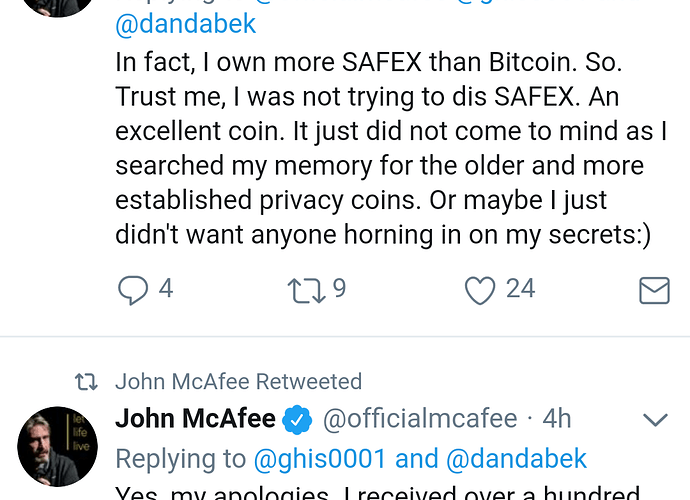 Voted. It’s at 113 upvotes atm, I submitted a comment that… well I thought was both elegant and witty, and although comment not showing up I am still satisfied. Go Next.Exchange >>>