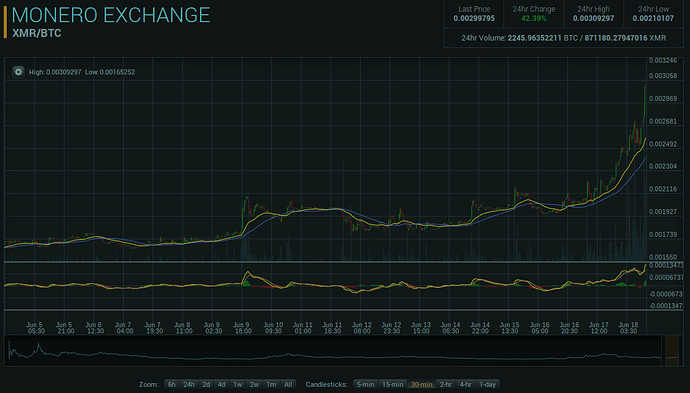 Monero, a digital currency that is secure, private, and untraceable

What is Monero ?
Monero is a secure, private, untraceable currency. It is open-source and freely available to all. 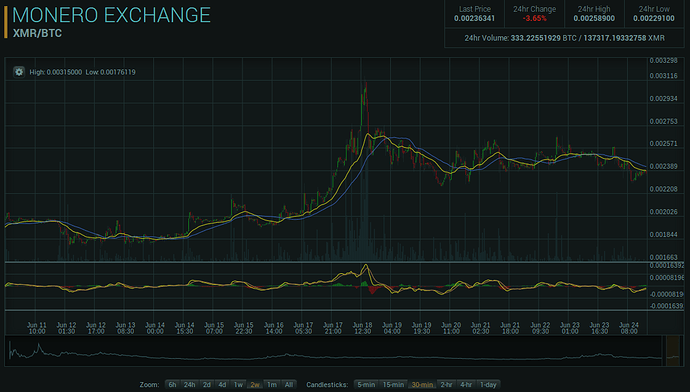 Monero pump seems to be over

Uptrend these weeks in Monero 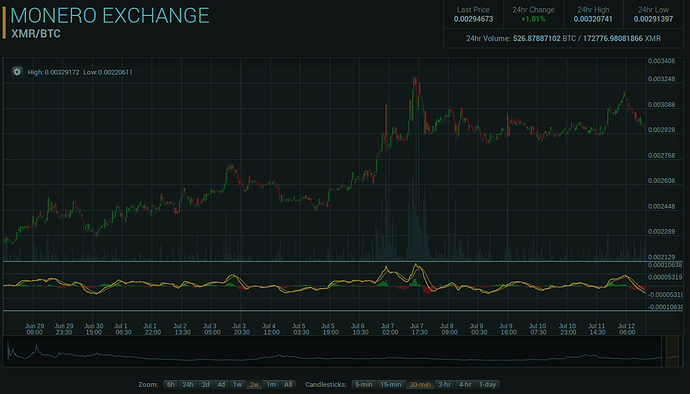 Monero land, hanging into its range

XMR on the rise since the last screenshot.

Monero chilling on resistance, it appears to me 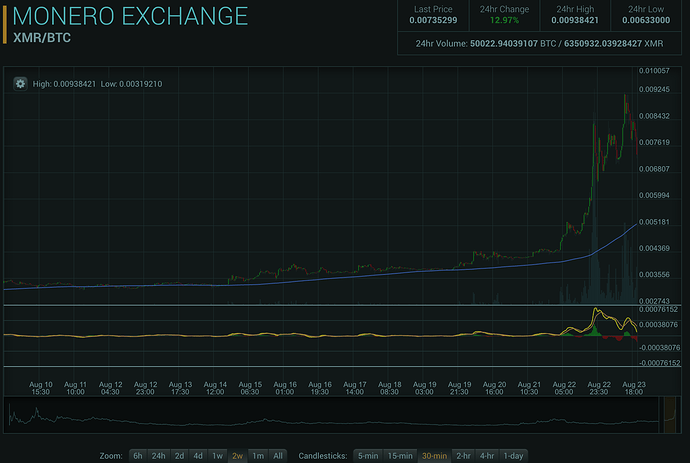 Monero makes an epic pump this week, a dark market decided to adopt Monero to their platform that is in addition to Bitcoins.

Epic pump in Monero ahead of the dark market adoption. Monero is fascinating tech, but pumps usually do subside eventually… it will be long term buying by market customers who will grind the price up I think that until then margin longs will get taken out… and people will be taking profit. We shall see of course, and I’m not betting anything here. But I’m also a big fan. 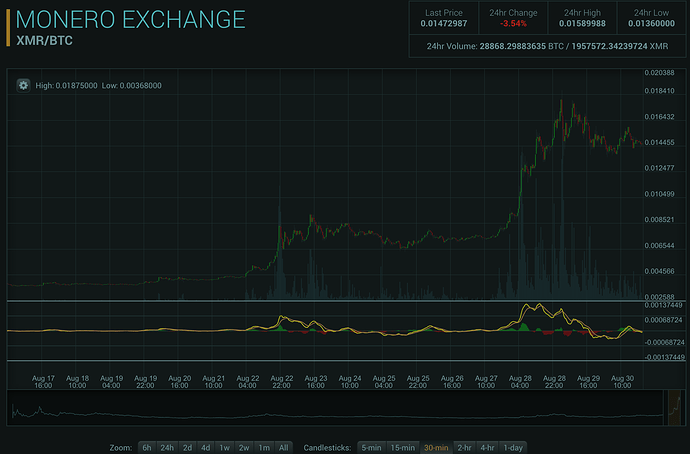 Price dropped, and now back to same price as last night. 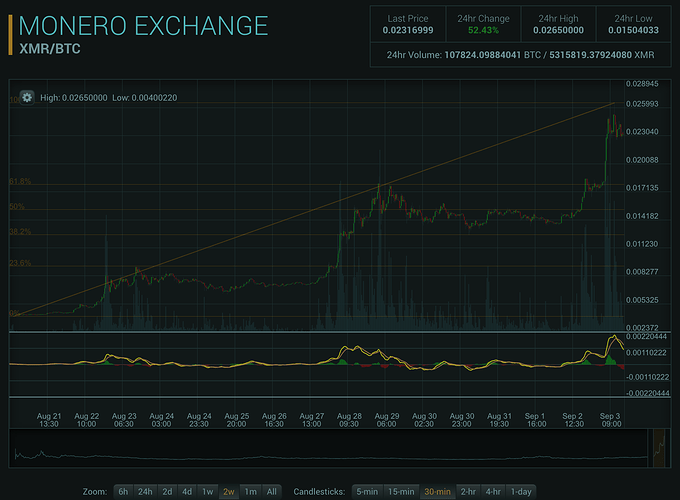 XMR keeps rocking, I’ve always thought it had a great fundamental technology. However, I think that there is an issue with its distribution. I’m glad there is a market confirmation. 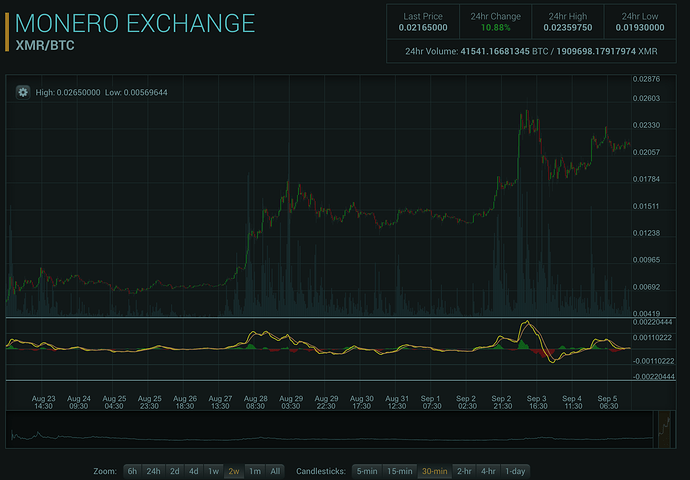 Monero rallies back up, and levels off

Monero back up, there’s a chance that more shorts get rekt on the way up, so could be doing more heights.