194 days to go in the Bitcoin Halving moment.

Dan, what do you think about this http://alfaquotes.com/ ?

Is it possible to do a calculation like this to safecoins? See, in bitcoins mining is a big deal to calculate an intrinsic value of 1 BTC…here MAID are/will be farmed.

Part of trading currency is the unknowns of the order books. If you could track every transaction taking place you get to see the flow.

It’s best to estimate, and obviously if something is only on one exchange the whole order book could be scrutinized. Understood and the resources allocated. This is how prices get to move higher or lower, because of the clearing in the order book.

The website above does, basically, forms a price based in costs of mining (capex = investments in machines + opex = eletricity bill, maintenance and so on). I don’t know if, in calculations, they bring future costs to a present value, like considering future halving of mining, for example.

No bids or asks are considered nor order books. They just compare their theorethical calculation to market price.

I wonder how it could be made with safecoins. Capex would be “pendrives”. Opex would be, also, electrical bills.

Plenty of order book there.

But I see you were mostly interested in the Safecoin output metric. I think if we had a dedicated rig or people were interested in sharing their farming rate. When the machine turned on and how much coin comes out of it based on the specs.

For example. Day 0 we know there is about 452m coins possibly in circulation (will need to double check the day 0 coin count). And it’s something to think about in advance to get a most accurate reading. We can guestimate how many coins are out there. This is something I have not thought about too often, though will write it down on a todo list. How to gauge based on the output of Safecoin the fair price.

I think something like How much data it buys you on Safe Network (each coin) and then how much data you can buy for $1.00 on amazon and compare. That could give us some idea of what a safecoin should cost someone.

And of course the number of coins will always fluctuate. Unlike bitcoin.

And the price of safecoin or anything for that matter depends on the last trades and volumes. So we would also be interested in getting a reading on as much trade information as available of people trading safecoin in exchange for fiat currencies. 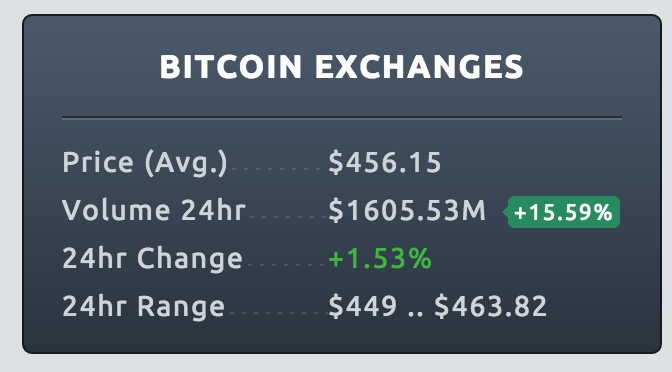 ^^^ those are the screens off of the site that involve order book information that plays a factor in the pricing.

Dan, that picture ilustrates the comparison os exchanges and their prices and volume…

What brought/bring my attention, specifically, is the “fair price”. I don’t know any other site that tries that.

And yes, unlike bitcoin, safecoin has “proxys”, like you said in your amazon example. I think it would be easier to get a actual value of safecoin than bitcoins. Value, not bid/ask price in Safex, for instance.

Like silver, safecoin would have utility, it is “virtual storage land”. I understand safecoin as a commodity, not just a currency, like bitcoin.

If we wanted greater granularity then it would just cost more.

1 safecoin each hour is going to be 8700 safecoins per year to get the hourly estimate.

We could probably make a faucet that takes in safecoins and people can donate to the safecoin ticker fund. I think that it is something interesting to do , and make happen, and also when safecoin gets subdivisible we can make this ticker something more affordable.

And then something to consider is what kind of data we would store for that 1 safecoin each hour and when granular safecoin payments might be possible, with subdivided safecoins something meaningful could be stored there made public and that serves as a ticker and a public information vehicle.

That each-hour safecoin reminds me keynesianism, creation of an artificial demand. The challenge here is to find a useful application for this.

Maybe we need something “tangible information” (number of bits and bytes per hour) to relate with a safecoin… Examples:

Or maybe we can think of associate safecoin with something “solid”. The idea here is to accumulate something virtual. Each safecoin would be a 8 GB pendrive, for instance.

I don’t know and i’m sorry for changing the subject of this thread.

Certianly think this will be important to have. ANd definitely something to do. At least something that works.

No just request the space and the launcher should tell you how much you will get then don’t continue spending the coin.

Dan, an idea for a “useful use” of safecoins:

As compared to last year BTC is up about 100%

Here is a shot from this week:

That’s what I analyze to be right; If you see this graph:

there ^^ is just 3 or so months afterwards the price went to 238
During those 3 months the price began to rise.

So we have yet http://bitcoinclock.com/1 3 months left until Halving

Bitcoin is having some rise this week…

During the previous halving, the reward to miners per block went from 50 bitcoins to 25 bitcoins; therefore, half the reward.

This also leads to half the amount of possible new coins entering the exchanges to be sold at all. I think that this is what caused the initial price rise. If you notice in the chart in previous posts Bitcoin consolidated to that same price. In the upcoming halving it is possible a price rise will happen due to the same dynamic.

Seems to me that a lot of hype is occurring and people are stocking up on the hype. 3 months before halving - thats a lot of trading people could still be doing.

My uneducated guess is that before halving there are going to some who bought at 420-430 selling off big time, then buying back when everyone else dumps not wanting to miss out on some profits or minimise losses. These who start the selling off will be the ones behind the hype.

3 months is just a bit too early to be rising for the halving.

Something to consider as well is; in the past halving was not such a popular thing.

It is now, so if the price is to rise to new heights… it will rise from its height and not from a very low price… in other words if the rise will be to 2,000$ per btc, it’ll happen from $500 or greater and certainly not from $200 if that makes sense.

I agree that halving is still 78 days or so away… but this time around there is anticipation as well.

My uneducated guess is that before halving there are going to some who bought at 420-430 selling off big time, then buying back when everyone else dumps not wanting to miss out on some profits or minimise losses. These who start the selling off will be the ones behind the hype.

Happened a bit earlier than I thought it would. But it did come at a good time for MAID though 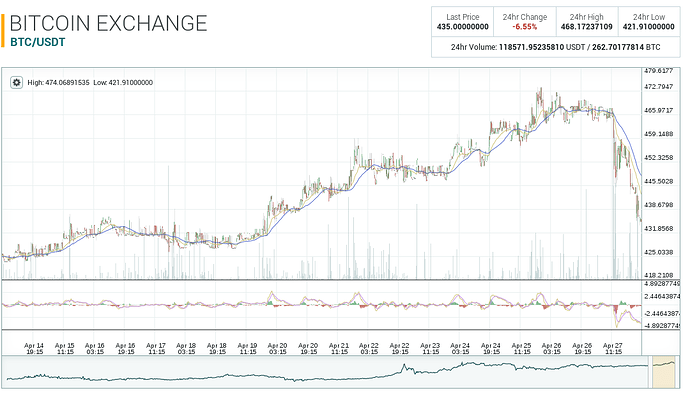