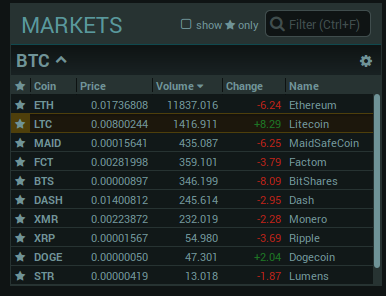 I always think I should buy some LTC when bitcoin is on the bullrun, but I never do. I don’t trust LTC, it’s too prone to weirdness and I don’t think being the second coin to appear gives it proportionately the equivalent chance of surviving/ flourishing compared to btc. A part of me would quite like to see LTC plummet :/. Not sure why really, I should want all crypoto’s to rise up, but i have never liked LTC, Dash or Ripple much. I never trade them really - except to short the latter two when BTC is about to explode.

LTC was first alt coin; so that should be a good reason why people still trade it;

Imagine it paid you BTC back in the day… you might always buy some on the drop;

Have enough btc and cash for devs and potatoes 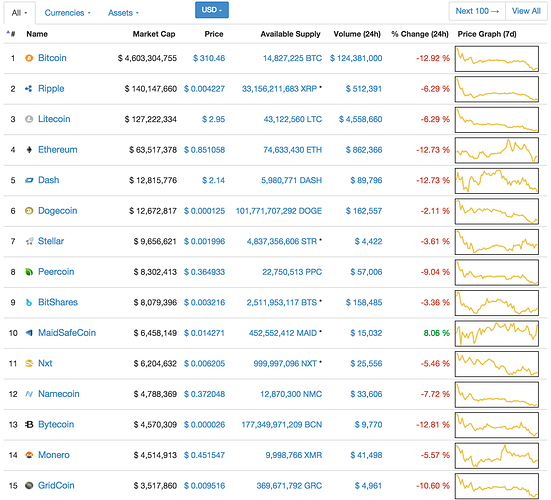 Bitcoin halving causing a lot of strange behavior in the alt coin marketplace. 4 years there were no alt coins to affect.

When I heard that coinbase GDAX was adding LTC I should have known there would be a spike in LTC. Im with you on Ripple. Dash I am still on the fence about.

Dash I am still on the fence about.

Yeah me too a little. That recent article probably helped push me a bit, but there’s plenty of room for everyone I guess… even with the pre mining malarkay and evan seeming a bit shady about it all. Can’t condemn the coin based on that though.

This is the thing I do not understand; price connection of btc-alts.

At the moment, coinmarketcap shows:

Giving this assumption, we have almost 30 other exchanges trading different alts and trying to get their pice of market turnover, and 50% of it is on Polo. Having 50% of total market turnover gets polo in privileged position for provided data about trading. Since we do not have any data about trade participants or who owns bots on Polo or who is on bid or ask side at every second, how can we tell is orderbook data representing real market movement or their internal manipulations?

Actually most important info IMO would be to learn if polo trades against its own customers. Because then it can see how people are positioned on margin and can run people’s accounts with definite profit. It’s hard to prove someone from inside would need to be able to prove it.

Much like forex companies trading against their own customers.

In regard to volumes Most are coming from ETH

Check this video ^^ it demonstrates what an administrator can do with a metatrader4 platform in forex markets. It is only of the most commonly used trading software in the world. Admins have their own version of the software that allows them to run stop losses by setting any price they like to specific customers even. So if your stop loss is 10% below they can directly change the price to go 10% cut you own, and move on like nothing happened.

Now, no reason to think polo has one of these admin panels. AFAIK

Yup, that is exactly what I think. And my opinion is that there is no need for insider to prove this.

If you look at Openeldger exchange that is on bitshares platform, we can see that they provide all information about trading there:

All polo needs to do is to get their platform on bts technology and become the best and the biggest exchange int he world for cryptocoins. As we can see on this data above mentioned, they do have a small stake in bts also, so transaction fee should not be a problem for them

The dynamic of alts down bitcoin up happens frequently over the past years. Yet It doesn’t have to be this way for everything all of the time.

Taking into consideration that ETH can be bought with bank accounts for cash. These ETH can pour into poloniex and then trickle into the alts.

Noticed this “BTC Dominance” metric and brought this up:

Interesting, also something that comes to my mind is how in virtual economies such as in MMORPGs there are so many items and utilities, and this reminiscence translates into the expanding virtual crypto currency space.

Different crypto currencies afford different characteristics and attributes such as virtual items in a game for instance.

Like countries, which are valuated by their currencies by investors, altcoins are different animals, which one having flaws and meriths for specific applications.

Side by side with 3D printers, i think they are the future Google or Microsoft, they will create a new economy sector, like cell phones did after regular phones.

3D printers is an interesting concept. How people are able to trade plans for 3D printers, different materials requirements and such.

Bittrex is setting up PDC (decorum) now. Don’t know how long before its ready for trading

That seems about right. With the increase in BTC though price you could say it was higher by about 20% 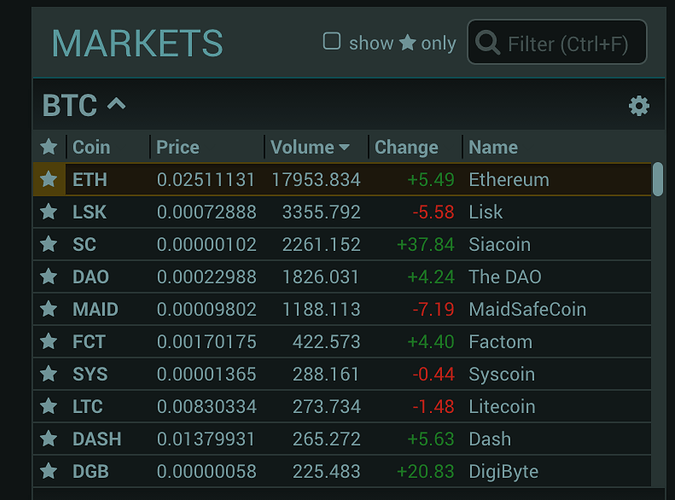 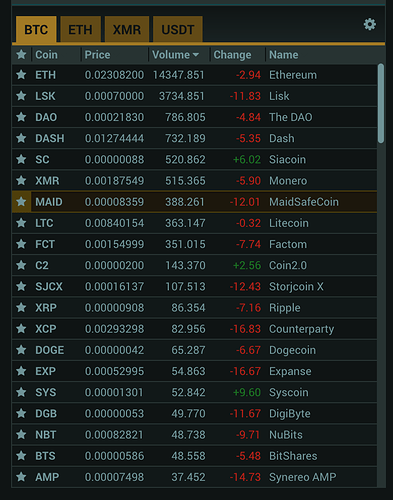 bitcoin on the rise today, alts all red