Have i lost my SFX

I performed the migration, saved the file with the addresses (created new wallet), my wallet now shows Zero balance any coin. I have refreshed, restarted etc. Every time i try to import any of the addresses from the saved file i get invalid address. my only wallet in the v7 Safex Wallet shows the values in the migration table but there not connected to the new address as i cant import it. There is no DAT file saved during migration. So odd and pretty frustrating.

refresh the wallet again; there may be some interruption to the data from that table.

If it worked the first time; and you saw your info. There is no way it will be vanished unless you do something more, such as lose your keys, or send the coins with the command line wallet; or later with v8 wallet

have refreshed a tonne of times. only wallet showing is the old original wallet

Hours later no new values in wallet, no safex cash, no SFX, Cant import any of the addresses from saved file in migration as asked to save (all addresses say invalid private key). 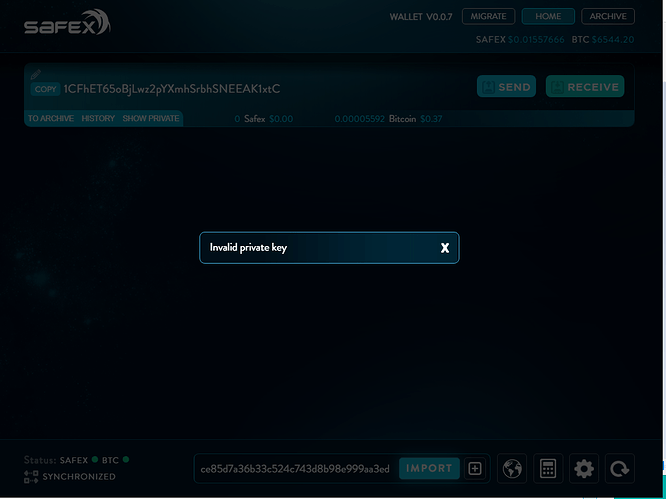 did you fix it? dan just reset something and told me to log out and in again and refresh. my coins are back in wallet like he said they would be. Was a stressfull 24 hours !! full faith in the system though

Nah not yet, just evolved to A worsen issue, i now have no wallets showing at all. OMG 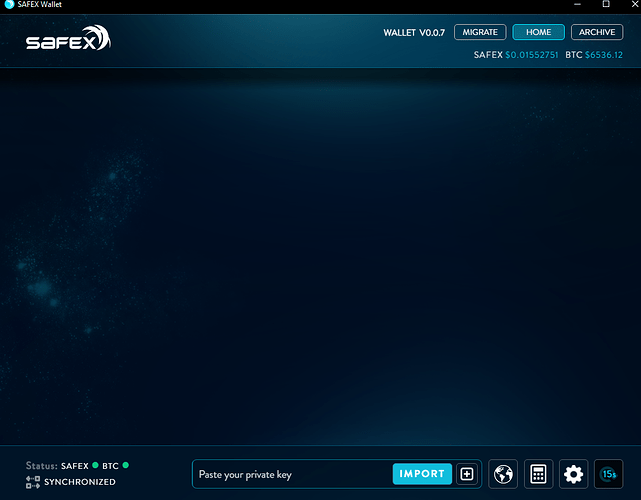 Well fixed that via archive lol,

yeah sorted but still no wallet with my migrated safex and safex cash.

have you ever seen your safex cash amount. if not it may not be finished as they did say it could take days. mine was fast but that was yesterday

I just read safex to to SFX and safex cash reward during migration ie 20,000 Safex to SFX +120 Safex Cash, but thats all. i do remember moving my safex from Coinspot to Safex wallet took the time of a flight across the world “i do hope that is still not the issue on the new block chain”

I was able to see eg. 12/16 comfirmations as it was transferring, can you see numbers like that anywhere?

nope ? well not i wallet ? is there an explorer site ?

but still I cant see my new wallet in the software ? just my original wallet

it was small writing in wallet as it was migrating. your original wallet will have your new wallet off to the side, but will only show it when you click on migrate up the top

yes i see that with values. is that like that because we have to wait for v8 wallet ?

I have the same problem but when you are in your wallet. On home you can press history, there i can see that my migration still need 14 out of 16 confirmations.So i think we just need to be patient

Still not there, All confirmations completed. The wallet (Original wallet is there showing now zero Safex from the migrations) and that is all, no new wallet showing new address or any of the migrated tokens and safex cash.
There is nothing in the Archive. The file saved on migration wont import any of the address. 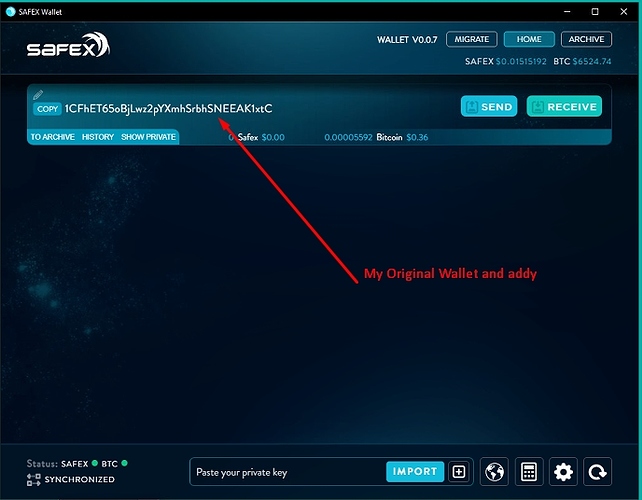 This wallet v7 only performs burn, it is still a btc blockchain wallet. The transaction on the to the safex blockchain needs a script manually run by the developers, than the coins will be in the Safex wallet, but wallet v7 will NOT SHOW THEM since it’s only btc. Side wallet. You will see them later in version 8…

Don’t Worry, if you see them in the migration table everything is fine, you’ll be able to access them with v8 as soon as it comes out

Ok,Thanks for that Mex.
I can only hope that’s right

. I will not mine Safex Cash until i can see them.

Safex was the very first ever coin i had purchased and held onto it since. Only ever moved it when Coinspot ceased it alongside with the drongoes over at craptopia