Voting Application
As was announced several days ago was the release of voting and polling, with a completion with a validation to count votes. This is in a completed state, it is in a early testing phase though we are excited to be exploring this with a new tool. Like all new and latest technology it takes an iterative incremental breakthroughs while we figure out what neat things we can actually make use of generally. The way the votes and polls are formed are handy for safe network even in a public private file types.

Where we should be able to store polls and share them and then cast votes and share our votes. I constructed a demo of the earliest version that is currently available on https://github.com/safex/vote

get inside and start making your poll

input your private key in base64 format:

Now let’s vote on the poll:

Then it asks to input the path to the poll file:

Extracts the possible choices and let’s us choose:

and out we get a vote file!! Success. If we had no coins for that poll it would detect that and reject our ability to vote.

Now let’s get a vote count: 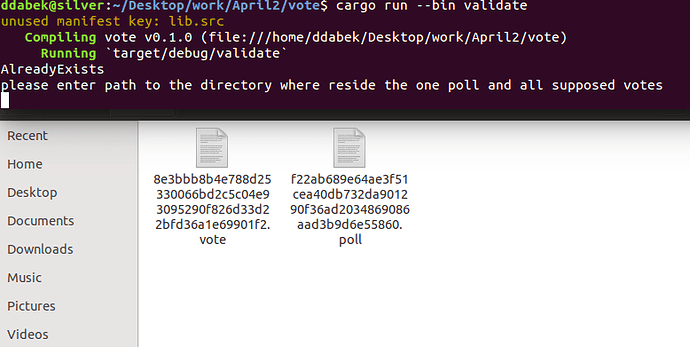 To do so we combine votes and polls to one directory, and everything gets checked out. 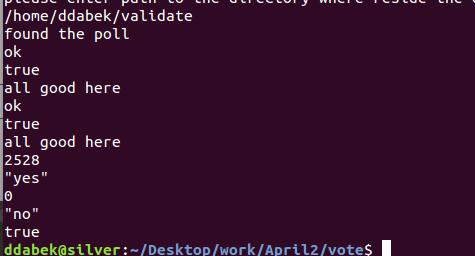 Progress on Safex
Safex is now exposing the necessary components for interacting with secp256k1 (bitcoin keys) some further optimizations are destined such as wallet import format (currently only imports base64 keys) while keys are generated securely, some error I’ve seen when parsing with blockchain.info, yet these errors have not impacted testing with live coins.

Yet we’ve gone this far, we can hash, sign, verify, and generate on demand bitcoin keys. While most of the logic for the exchange will be valid on a fully exposed safe network, we will be gearing a lot of library immediately to accommodate vote enabled spending of funds. The above application for procuring votes and polls is a result of the progress in the safex library.

User Interface
With regards to user interfaces, our most recent candidate was not capable of handling the level of work that we were be expecting for the team; therefore, we could not continue with the potential member. Since this was a trial basis that quickly ended the same week nothing was lost and the potential candidate respectfully resigned.

With that said, we are in the process of interviewing further candidates to fill the role to produce the user interfaces.

Trade Software
Towards the end of the recent week I have taken the time to restructure the trade automation library with the poloniex api and two additional trade automators one to sell and one to buy with the ability to enable margin trading as well. These robots are great if accumulating quantities and want to do so over time. You set the amounts to trade and the interval and the bots take care of the buying or the selling. And these are now available to use for trading on poloniex.com

The weeks ahead
A glimpse of some of the tasks for the weeks ahead: producing output and input transactions, forming multi-signature addresses, and identifying our next team member.

Nice to see the updates too dude. I’m sure this forum will only get busier as interest starts to soar. I know a few real-life friends of mine have bought safex in the last week or two.

Shame about UI setback but well done for doing the trial week; it could have become a bigger problem before you noticed it. Good work. Onwards and upwards