Safex Development
There is code prepared for testing Structured Data assets on the test network. However, concluding the recent test to vaults and the take down of the droplet test network has held back additional testing of the SD assets.

User Interface
Max is attacking the issue of combining Neon which makes it easy to write Rust code and connect it directly with a javascript project. Since we are using Electron to build the Front end application, it will be some more invention until we can run with it. That isn’t to say that he is doing it alone, so we are looking forward to that becoming a reality.

In the worst case, we will simply go with the usual road and build using the Rust FFI that is already well known to work, exactly how the SAFE Launcher manages to work with Rust and Electron and the existing MaidSafe example applications.

Looking forward
We are beginning to package Rust with the Front end which should indicate and rightfully so, that the UI is nearing 1.0 with major bug fixes complete and pieces for:

These pieces are in place. Which means that in the second week we could be planning for the marketplace as the next UI on the to do list Not before taking a complete stab into Neon connectivity with Rust.

Safex asset system is awaiting the test net with Structured Data enabled. Getting those pieces working are significant before venturing into Divisibility, and Atomic trade.

Edit: I forgot to mention that this Wednesday I will be giving a presentation regarding the future of exchanges and marketplaces in Amsterdam. http://www.meetup.com/BitcoinWednesday/

Sounds like great progress on the basics despite not being able to test against a live network yet!

Can you give any more detail on the nature of alt coins that it’ll be possible to create, or is it too early for specifics?

Looking forward to early versions running on a live network

Nature of alt coins are static unique properties. Much like a colored coin except embedded in a structured data rather than bitcoin.

I’m really happy to announce, the connection between all our modules is established in most elegant way! I also would like to give credit to David Herman (dherman) of Neon, who gave me a hand with hard part of the connection 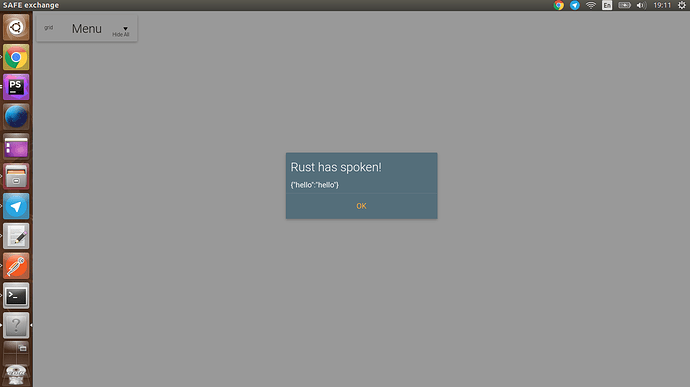 Just wanted to say that I’ve just finished testing BitSquare and I like its UI clarity and simplicity. Hopefully that helps you guys deliver even more great product