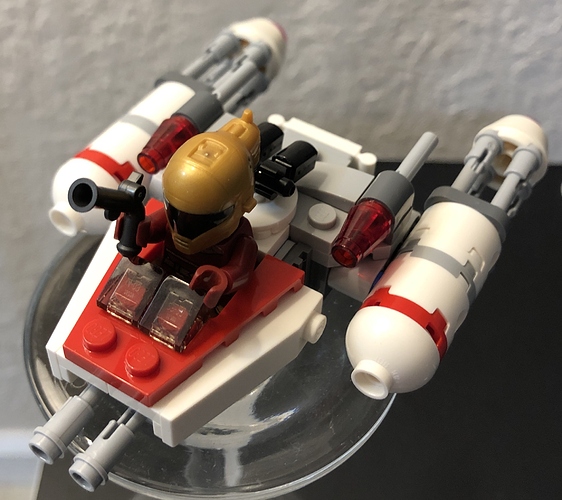 This was intended as the first iteration of the function to prove listing and buying on the testnet.

So! during the last week Igor finally got back to the action of plotting the improvement that we had planned before we discovered the token overflow situation.

We are scheduling the next test net for January 23rd which is the Thursday of next week. And our goal is to provide the fully implemented offer/purchase update as well as the feedback aspect. We’ll keep you posted how things went next week and we’ll provide the scope that we will go ahead with in the testnet on the 23rd.

A refresher of the three tasks remaining to get the v1 marketplace online:

Notice About Post Marketplace v1 Launch
We would like to also take this opportunity to mention that even though the v1 will be launched soon, it does not mean that we stop developing new features. This being said the testnet will remain an active and a crucial aspect of the development process. We hope that more of us participate in the test networks as they will be running in parallel with the mainnet protocol.

Mining Reward Calculation Update
There is a minor bug in the way that the blockchain is calculating mining rewards that is causing pool operators to switch to ring size 1. This is interfering with the automation of paying out mining rewards which is an important part of the blockchain ecosystem.

The solution to this will be included in next hardfork so it could be another month or two; however, we are glad to bring to the awareness of the mining pool operators that we heard this and are able to address this issue. This could also affect folks mining on the pools so also great news for you as well

Post Token Overflow Wallet Fix
The patch to address the Token Overflow bug involved blocking the overflow tokens from being spendable on the blockchain; however, the wallet we already have downloaded does not include code to differentiate blocked tokens. So part of the privacy system it may still try to attempt to use those blocked tokens in transactions though they will be rejected. For everyone’s sanity we are pushing this week to patch the wallet so that it does not consider the blocked transactions when forming new transactions. This way no one will experience that rare yet possible bug that will result in an error message when making a transaction.

This will not cause any harm but cause some inconvenience so we are putting that in the first place this week as it is a small adjustment and is significant that it gets updated promptly.

Hiring Golang Developer
We would like to also take this opportunity to express our interest to hire a Golang developer for a full time position on the Safex project. They would take up the github.com/safex/gosafex (check develop branch) project and carry it over the finish line.

The codebase has progressed; however, we will need a full-time approach and our current players are not able to give us the attention we are in need of to ambitiously deliver the marketplace app that people can click on. At first glance there is the codebase and if someone reading this is a go developer and proficient and can take on the project full-time which could result in a more permanent role, then please send a DM or write to daniel@safex.io providing CV and projects proving capabilities.

@dandabek Hello. Wish good luck for team for further progress. I have an objection on how is approached to testing on testnet. Current state is that just couple of us are testing (I just started in last iteration), but without getting any feedback, any contact with dev team, we don’t know are reported issues fixed or not until checking on next iteration. It is like placing some findings in black box. Addition is that it is not prepared for wider public since there are no compiled files, so to be able to at least start testing you need to have some knowledge about it, which stopped pretty much of interested people in testing. Another thing is group which was initially created for testing by team, but as I know they are not communicated any further.

See this as just a wish to things get improved.

@gale I noticed this likewise and I agree; we need to regroup and make this process better.

Addition is that it is not prepared for wider public since there are no compiled files, so to be able to at least start testing you need to have some knowledge about it, which stopped pretty much of interested people in testing.

There are compiled files for ubuntu and mac: see testnet 3 release

Right about compiled files. I remember it was something, but that was missing just for Windows.

@dandabek With livecoin reopening deposits will long lost and forgotten transfers from coindeal come through?

Whilst skero is the most vocal about it on Discord, Rich’s response, while directed towards him, applies equally to all who were affected.