On safe wallet do I click receive to enter coinspot address?

Nothing man it will do it from coinspot.

U r only putting safex address in coinspot mate

Thanks. I feel like I owe you a coin. BTW I’m female

U owe me nothing i had alot of help too. Just make sure u take your time and dont rush. And ask questions as long as they r proper questions the people who know there stuff dont mind helping. Ps sorry i was gender natural when i said man and mate hahaha

Also check the search bar before u make a subject to. Alot has already been asked so that may help as well

Thought you were. I just said it for a laugh. No need for a sorry

Why can’t I transfer my safex coin to Tradesatoshi? 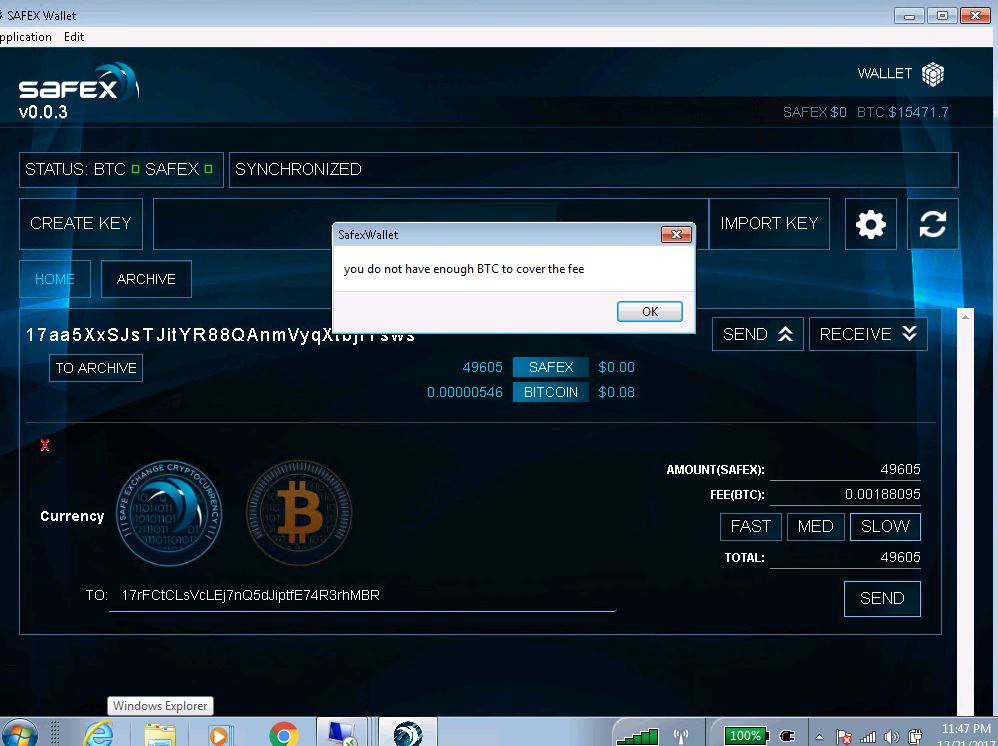 It says right there - you don’t have enough BTC for the fee.

SAFEX is currently on BTC blockchain, so each transfer from the wallet has a BTC fee.

so when will it be set right?

If I knew that I would’ve never moved it to the wallet.

So am I stuck now?

so should I transfer btc to the wallet?

Yes, if you want to move your SAFEX from the wallet, you will need to transfer enough BTC to it to cover the fee. You can see the fee in that screenshot just above the buttons with transaction speed (under the SAFEX amount).

How do I transfer btc to the wallet?

As Nelson said, you can transfer BTC to your SAFEX wallet address.

Well, the slow speed transaction speed on your screenshot seems to be lower than that (0.00188 btc), not sure how much more expensive are FAST/MED.

But we have to deal with this until SAFEX gets its own blockchain.