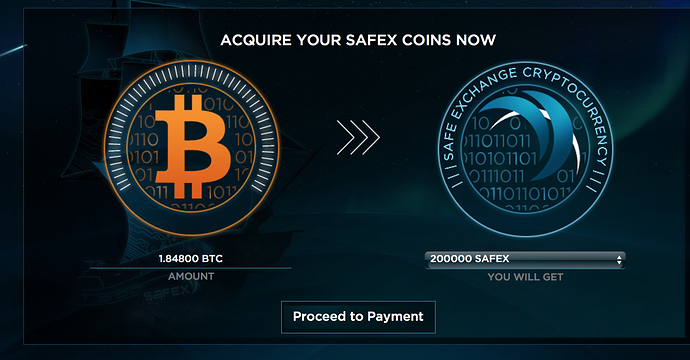 I noticed that - sounds ridiculous.

Why SAFEX so expensive on safex.io? Support

There has to be a market for anything to be considered an asset… Otherwise, this is a promise that may or not be kept. If the users are in control, they need an outlet to freely exchange coins. Even if it is temporary. Otherwise, I have useless coins I can do nothing with that only SAFEX controls.

When they offer to exchange SAFEX for BTC, then there is at least some market… Until then, these coins are worthless.

but now safex.io generates btc with users buying safex overpriced… not a way to handle that… we clearly saw that the market price was not even half the price of safex.io

Wish I could buy some more at that price!!

Because safex is embedded in a small amount of bitcoin… so you are just seeing the value of the bitcoin which the safex is riding on.

Guys, just read this forum and other safex news. If you think that this coin is worthless or thinking of selling, you are crazy. Too lazy to type why on every post, so you just need to educate yourself about this coin before making ridiculous statements

Let people make their own trading decisions. This is really inappropriate.

Sell now when the market is panicking. Yeah, as Rockefeller said, when there is blood on the streets - BUY!

OMG Steele the coins are NOT worthless, you know what safex is about right? To say that you must just be trading just for profit, the holders want to see the safe exchange running. We are not thinking of selling our coins.

I am looking to buy safex. Let me know if you have some left.

Does it not tell you before u buy them???

I will also buy some if you are willing to sell

If they are worthless to you, I will happily purchase them